The APC has called on the Federal Government to ensure a complete takeover of Shoprite, MTN and other South African businesses in the country by Nigerians. 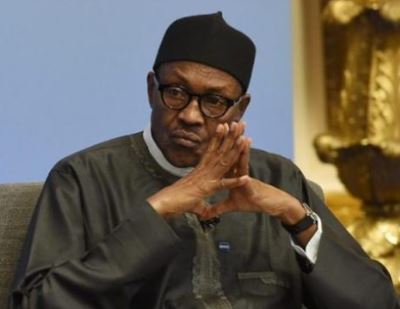 The ruling All Progressives Congress APC has weighed in on the diplomatic spat between Nigeria and South Africa occasioned by the xenophobic attacks on Nigerians in the rainbow nation, asking the President Muhammadu Buhari administration to take steps to immediately national telecommunications giant, MTN.

The party which equally advocated stringent measures against Multichoice (DSTV), Standard Chartered Bank and Stanbic Bank as well as other South African business interests in Nigeria, declared that Africa can no longer be the centrepiece of Nigeria’s foreign policy.

National Chairman of APC, Comrade Adams Oshiomhole stated the position of the party late Thursday evening at the end of a meeting of the National Working Committee NWC of the party in Abuja.

Oshiomhole who was flanked by members of the NWC said the party has now given the needed support base for President Buhari to go on the offensive in order to sound a note of warning to other African countries who may want to copy the antics of the South Africans.

While APC asked Nigerians to boycott all South African goods and businesses, APC accused the African National Congress ANC administration in South Africa of backing the killings of Nigerians, querying why it has been so difficult to arrest and sentence perpetrators of xenophobic attacks in the country.

“Having listened to all the explanations from the authorities in South Africa, these people (Nigerians) are neither being accused of being irregular migrants nor are they involved in any illegal activities. Those who have business permits to setup businesses whether they are petty traders or small manufacturers, they are operating within the letters of the laws of the South African nation.

“Over the past few years and virtually every other week, Nigerians are being wasted in one part of South Africa or the other. We know that the federal government has had conversations with the South African authorities drawing their attention to these abuses but the escalation of the attacks on foreigners many of who are Nigerians have reached a level that is no longer tolerable.

“At some point, people wondered whether these attacks had the backing of the South African government. What has been clear over the period is that the South African authorities have not demonstrated sufficient commitment to bringing these attacks to an end. For example, in spite of the fact that many peoples lives have been wasted, not one South African is known to have been convicted and sentenced to prison for acts of murder or robbery”, said Oshiomhole.

Speaking further, Oshiomhole said; “South African companies are making billions of dollars from the Nigerian economy year in year out and repatriate same out of Nigeria. MTN was recently in the stock market and some Nigerians bought shares in MTN but in a moment like this and in order to send a very strong message to South African authorities and the South African people, we call on the Nigerian government to take steps to take over the remaining shares of MTN that are owned by South Africa so that MTN becomes fully Nigeria owned.

“I think right away, Nigerians in our individual capacities, this is the moment to show our commitment by boycotting South African goods and beginning with Nigerians refusing from today to use MTN services. If Nigeria decides at least for the next 30 days to stop using MTN, they would have sent a clear message.

According to the APC chairman “We should reflect why we should continue to allow DSTV to repatriate millions of dollars to South Africa arising from their activities in Nigeria. We have reviewed all of those things that give South Africans monopoly such that they make money with very little value addition.

“To show that we mean business and in practical steps, South African Airways, their landing right in Nigeria should be revoked until these issues are sorted out.

“Many Nigerians believe that Shoprite is owned by South Africans; they are repatriating money purely from the franchise, both the capital with which these shopping malls are built are Nigeria’s, the shop owners are Nigerians. This imposes an obligation on the government to review any agreement that gives South Africans the right to begin to develop a monopoly in our commercial lives.

“We also know that Standard Chartered Bank and Stanbic Bank, are all South African Banks, Nigerians may have more shares there if any. It is time to ask them to wind up so that Nigerian Banks will take advantage of their departure and expand their operations. We have enough to save by transferring these businesses to Nigerians”. The APC chairman noted
Top Stories