The Ebonyi State governor, who spoke through his Chief Press Secretary, Emma Uzo, asked IPOB to convene a meeting and invite the governors for discussions. 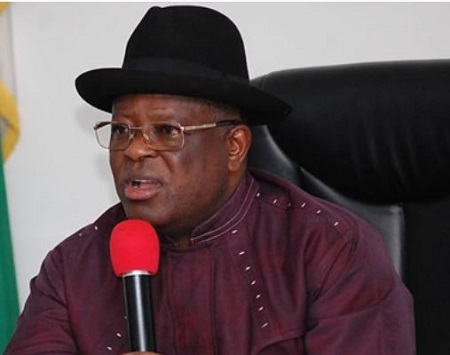 Chief David Umahi
South-East governors have said they are ready to engage in dialogue with the Indigenous People of Biafra to resolve their differences.

IPOB had threatened to attack  South-East governors and other Igbo leaders outside the country after beating former  Deputy Senate President, Ike Ekweremadu, in Germany for allegedly working their interest.

The Chairman of the South-East Governors’ Forum, Chief David Umahi, told our correspondent on  Thursday that they never proscribed IPOB, but rather they banned their activities in the region.

The Ebonyi State governor, who spoke through his Chief Press Secretary,  Emma Uzo, asked IPOB to convene a meeting and invite the governors for discussions.

He said, “IPOB are our children. They are our brothers and sisters. They fight for their fight on the pages of newspapers and social media, and it does not help. The best thing is for all of us to sit down and talk. The governors are ready to speak with them.

IPOB on Wednesday through  Aloy Ejimakor, counsel for Nnamdi Kanu and IPOB,  wrote to the governors, giving conditions for peace to reign.

The outlawed group in the letter, titled ‘Operation Python Dance: An Open Letter To South-East Governors’,  demanded  “immediate and unconditional de-proscription of IPOB and delisting it as a terrorist organisation. A truth and reconciliation commission on the Python Dance lethal military operations of September 2017.”

The separatist group added, “A public apology for the extrajudicial killing of IPOB members and desecration of the palace of an Igbo traditional ruler at Afaraukwu, Abia State. A genuine dialogue with IPOB on its  referendum  demand for  the restoration of Biafra and discontinuance of the ongoing prosecution of IPOB members and forbearance of any future arrests and prosecutions.”

But the governors said  the group  were  channelling their demands to the wrong people.

Umahi said, “Why can’t they channel their grievances straight to the Federal Government? So, that demand is dead on arrival. It is not the  governors that will  apologise to them but rather they should apologise to the governors and Ndigbo.”

On whether they will lift the ban on  IPOB activities in the zone,  Umahi said the issue would be discussed at the meeting (convened by IPOB).
Top Stories