Atolagbe has said a few weeks ago that his office had forwarded the assets estimates to the bureau's headquarters in Abuja. 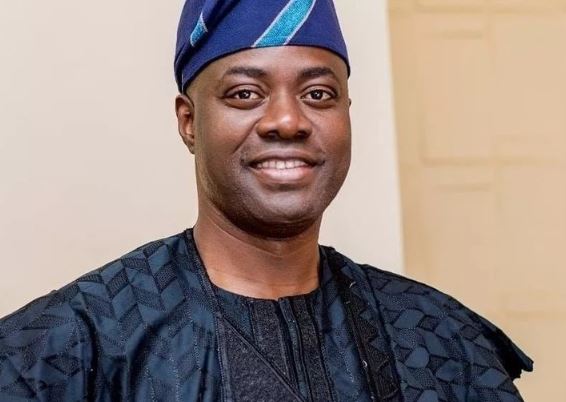 Oyo State Governor, Seyi Makinde
The Code of Conduct Bureau has commenced verification of the N48bn assets declared by Oyo State Governor, Seyi Makinde.
Makinde had declared the N48bn assets in June.
The director of the bureau in Oyo State, Mr Bisi Atolagbe, said this in Ibadan during a meeting of the South-West states’ directors of the bureau with the member representing the region on the CCB board, Prof. Samuel Ogundare.
Atolagbe has said a few weeks ago that his office had forwarded the assets estimates to the bureau’s headquarters in Abuja.
However, Atolagbe said on Saturday that the exercise had commenced, adding that the process might not be concluded so quickly given the technical parts of the verification.
He said, “Work has started in the verification of the content of declaration submitted by Governor Seyi Makinde. At the right time, the report will be available. It is not about noise making but technically doing the work to ascertain assets that are declared. However, I must point out that the process is not a public exercise.
“The governor has not committed any crime by declaring his assets. It is just to ascertain what he has declared; to check if they are not anticipatory.”
Ogundare said there had been a near 100 per cent compliance to CCB regulations by current and former public office holders in the South-West. He explained that both the newly sworn-in political office holders and those whose tenure ended on May 29 in the zone had made their pre-service and post-service assets declarations.
He said former governors Abiola Ajimobi (Oyo State), Akinwunmi Ambode (Lagos State) and Ibikunle Amosun (Ogun State) and their deputies had declared their current assets.
He said, “Our governors in the South-West have shown good examples in compliance. They have done what the constitution requires them to do before and after occupying office. Since the governors and their deputies showed good examples, almost all state lawmakers and appointees have also complied.”
Top Stories