A drunk driver has wasted at least four lives after getting involved in a fatal accident in Abuja. 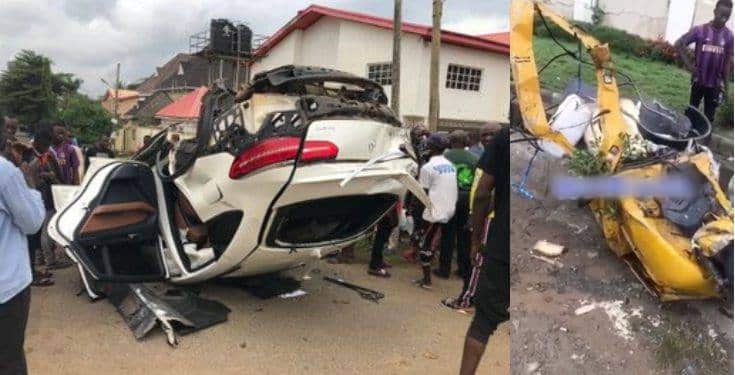 Scene of the accident
A drunk driver returning from a night club with his girlfriend has killed at least 4 people early morning of Saturday, 7th September, 2019 around the Gwarinpa area of Abuja.
According to eyewitnesses, the drunk driver was overspeeding in a Mercedes Benz GLC 450 4matic when he rammed into a tricycle popularly known as Keke napep.
The fatal accident resulted in the death of at least 4 people. But some reports claim the death toll is at 6.
The driver and his girlfriend survived and allegedly fled the scene. This led to pandemonium as hoodlums and keke riders demand justice for their members who were killed. 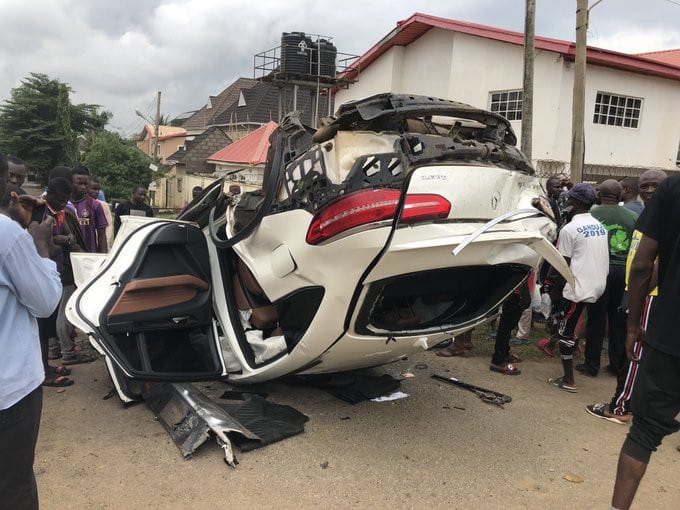 Aggrieved keke riders blocked some roads in Gwarinpa earlier today and commuters were warned to avoid Gwarinpa 3rd/4th avenue as gunshots have been heard in the area.
A video shared online shows people running as gunshots rang out.
The Nigerian police reportedly arrived the scene much later to restore order. 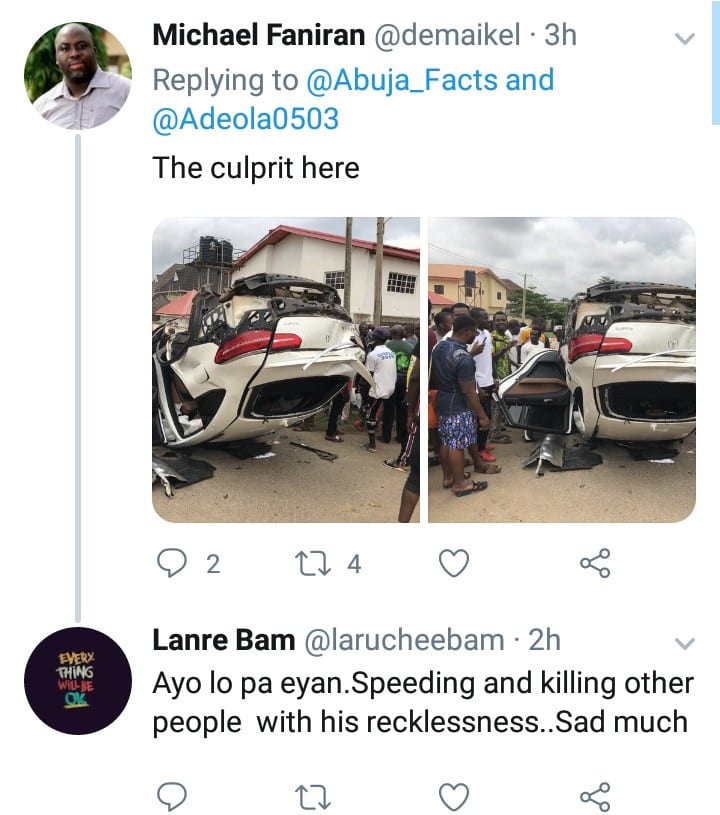