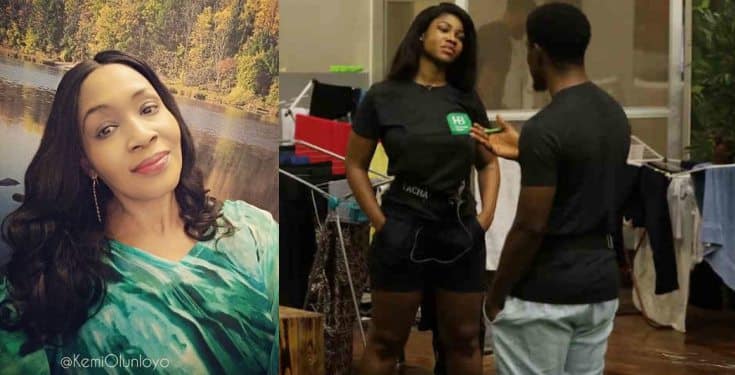 Controversial journalist, Kemi Omololu-Olunloyo has attacked BBNaija housemate Tacha for insulting Seyi, the grandson of Obafemi Awolowo.
Tacha had blasted Seyi on Sunday, saying that the 30-year-old is yet to achieve what she has achieved at the age of 23.
Reacting to Tacha’s comment, Kemi Olunloyo in a post on her Twitter handle blasted the Port Harcourt first daughter, while reminding her of the position that Seyi’s grandfather holds in Nigeria.
She tweeted "#BBNajia OMG I don’t watch this show but did I just hear this Tacha person say Seyi Awolowo will never achieve what she has achieved in 23 yrs. Tacha who’s your father? Hope you realize his great grandfather’s head is on that N100 note in your wallet."
Rooting for Seyi, she wrote “Tacha do you realize what you are today doesn’t determine what you are tomorrow saying Seyi can’t achieve your status and achievement? Explore these leaders’ She said.”
She continued by body shaming Tacha, saying “Tacha’s breasts are FLAT for a young lady. She should lift them up like Stylist Toyin Lawani stuffed toilet paper in my bra for my birthday dress. They lasted till party ended. Breast implants like Bobrisky’s should do” 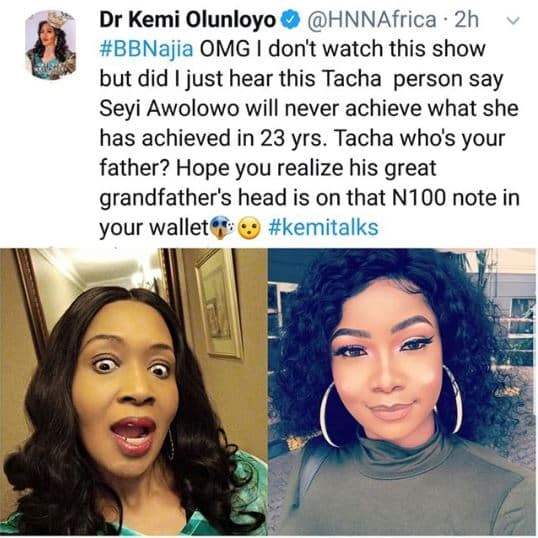 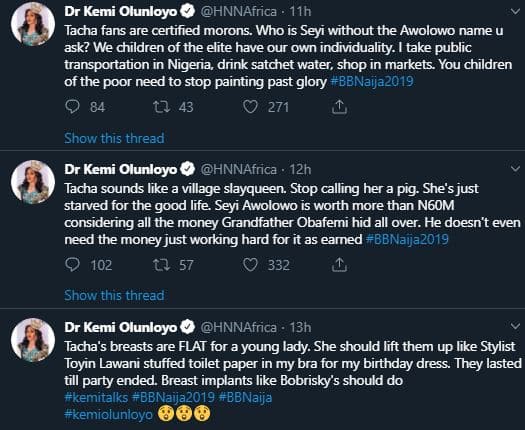