The kidnappers were said to have intercepted a commercial bus registered ABJ 905 XC around 11.30 p.m. at a point near Rijana and took away the victims. 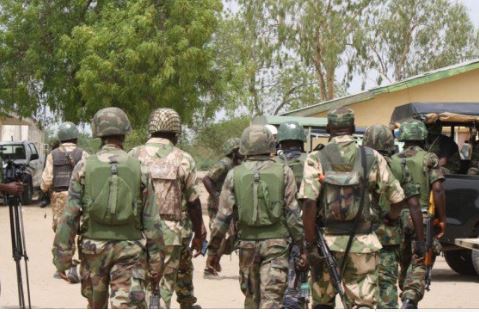 The police have confirmed the kidnap of six persons in Rijana village along Kaduna-Abuja expressway.

He said two of the victims were however abandoned by the kidnappers.

According to him, the kidnappers intercepted a commercial bus registered ABJ 905 XC around 11.30 p.m. at a point near Rijana and took away the victims.

“Patrol teams within the axis were quickly mobilised to the scene and engaged the hoodlums as a result of which one Rofiat Tijjani, aged 17, and one other person, both of Tudunwada Kaduna, were released by the criminals in their desperate attempt to escape.

“Both victims were taken to the Rijana police station alongside the vehicle.

“Efforts are still on to rescue the remaining four victims and arrest the criminals,” Mr Sabo said.

Kidnapping for ransom has become rife on the Kaduna-Abuja highway and in many other parts of Nigeria.

To curb the menace of kidnapping on its roads, the Kaduna government last week declared that there would no security checkpoints on major expressways including Kaduna-Abuja road.

The government advised motorists not to stop at any checkpoint on the roads saying such checkpoints were henceforth illegal.
Top Stories