Some of the graduates were also blocked online from registration as a result of failure to defend their degrees as foreign students. 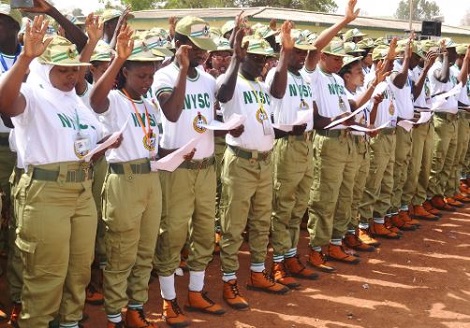 Baba revealed this on Monday during the passing out parade of the 2019 Batch ‘B’ Corps members after three-week orientation course at the NYSC permanent camp in Kusalla, Karaye Local Government Area of the state.

According to him, some of the graduates were also blocked online from registration as a result of failure to defend their degrees as foreign students after physical verification of their results.

“As a matter of fact, some of them cannot express themselves verbally.

“More worrisome is the fact that some of them did not undergo any academic pursuits, but obtained certificates through illegal means with allegations that some did so in Kano and environs.

“This will undoubtedly require urgent action by the government and good people of Kano in collaboration with the dogged security agencies in the state to checkmate this ugly trend that will affect us negatively,” Baba said.

He said that out of the 1,700 corps members posted to the state for their service year, 1,592 were registered and went through various skill acquisition training.

The coordinator called on the corps members to contribute immensely towards the development of the state and country.

Buba said contribution could be on the state initiative on girl-child education, adult and mass literacy campaign, sustainable development goals, and campaign against drug abuse.

Governor Abdullahi Ganduje, represented by his deputy, Dr. Nasir Gawuna, called on the corps members to understand the culture of their host communities and other aspects of their lives.

Ganduje urged them to identify viable projects that was of benefit to their host communities and mobilise them to realise the lofty ideals of the programme for their benefits.

“Kano State Government through its agencies is working fast for a new vista of opportunities in a quest to fulfill its campaign promises in the next level for sustainable development.

“The ongoing reforms in youth policies in the state are targeted mainly on growth and development meant to uplift the standard of living of our citizens and provide enabling environment and job opportunities,” he said.

Ganduje urged the corps members to imbibe the values of leadership, courage and resourcefulness throughout their service year.