BBNaija's Frodd has claimed that his housemate, Khafi is not a straightforward person but a two-faced lady. 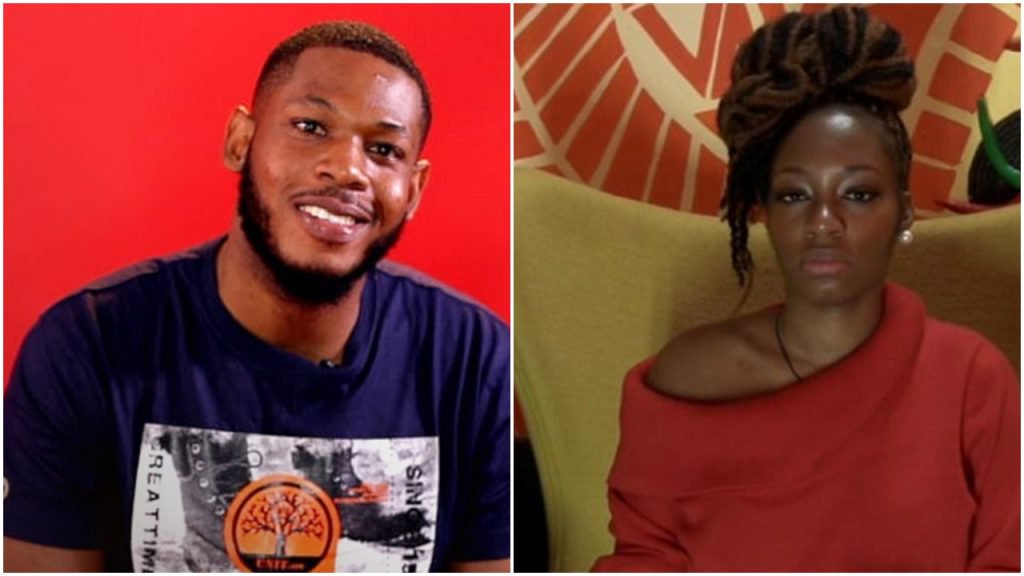 Frodd and Khafi
Big Brother Naija, BBNaija, housemate Frodd, has blasted fellow housemate, Khafi, accusing her of being a pretender.

Frodd on Monday during nomination process put up Khafi for possible eviction.

When asked why he nominated her for eviction, Frodd told Biggie that he recently found out that Khafi is ‘two-faced’

According to him, Khafi seems to be playing sweet girl, naive card in front of housemates but gossips at their back.

Frodd said this during his diary session with Big Brother on Monday night.

He said “I nominated Khafi because she is not a straightforward person.

“Lately, she is being two-faced and not authentic to me.

“I just see her gentle behaviour as a fat lie.”
Top Stories