Female Banker Suspended For Allegedly Sleeping With Over 200 Men (Photo)


A female banker has reportedly been suspended after it was discovered she slept with 200 men. 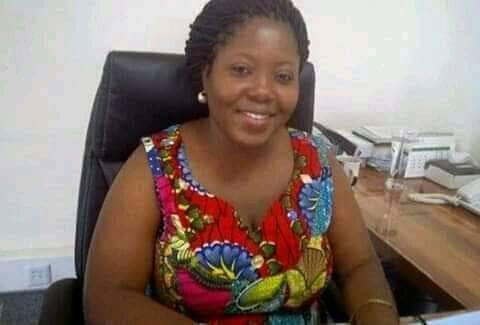 Mutale Winfridah
A Zambian female banker has been suspended for allegedly sleeping with over 200 men while promising them jobs, according to a report by the ZambianWatch.
The woman identified as Mutale Winfridah, a branch senior executive of ZANACO bank, was suspended by bank management for sleeping with over 200 different men who were both clients and job seekers.
Mutale, 39, was suspended after more than 10 men formally lodged complaints against her, claiming she had used her influence as a branch senior bank executive to “enjoy their bed energies” after promising them jobs at the bank and approving their bank loan applications.
Mutale is said to be unmarried because of her quest to attain different academic qualifications before finding a partner. 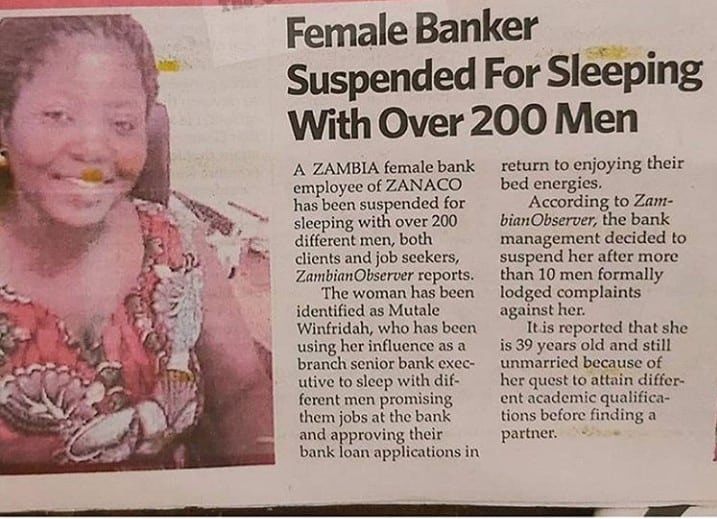