Brazil Legend, Ronaldinho To Come Out Of Retirement At 39 To Feature For Colombian, Side Santa Fe


Brazilian football legend, Ronaldinho is reportedly set come out of retirement and feature for Colombian side, Santa Fe. 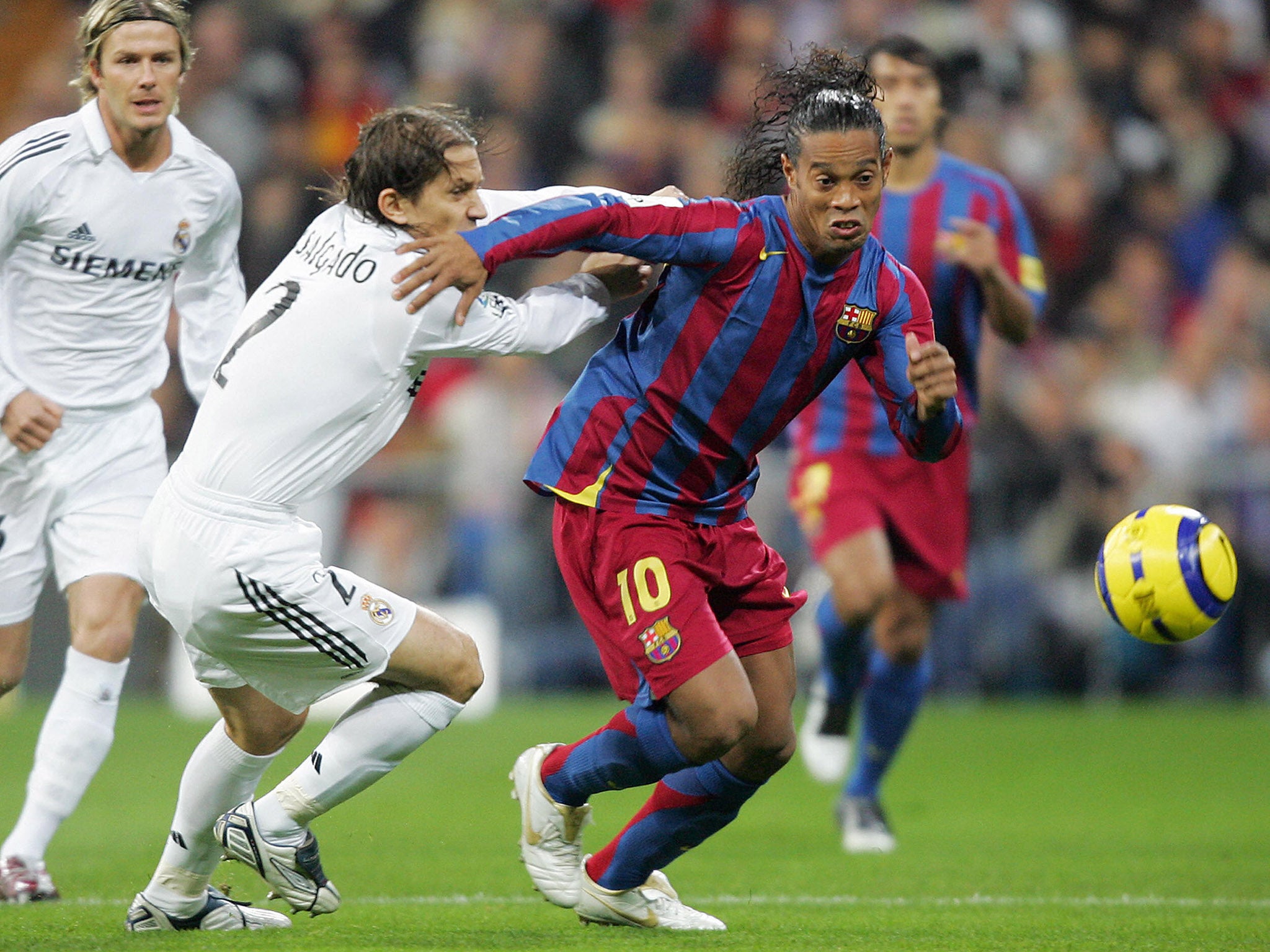 Ronaldinho in action during his playing days
Ronaldinho is dusting off his boots to temporarily come out of retirement for Colombian side Independiente Santa Fe.

The legendary Brazilian has been announced as the star attraction at the club's upcoming friendly on October 17.

It remains unclear as to who the opposition will be but Ronaldinho, who won 97 caps for Brazil, is sure to generate plenty of interest for the match at the Campin.
Ronaldinho is not turning out for any old team, though.

Santa Fe are regarded as one of Colombia's most successful teams, having won 17 league titles.

According to reports the most expensive ticket for Ronaldinho's fleeting return have been priced at £30 before VAT.

The only stumbling block will be whether Ronaldinho can travel to Colombia for the game as he is currently without his passport in Brazil after it was taken away for failing to pay an environmental damage fine.
***
Via Daily Mail UK
Top Stories