Hazard And Courtois Pushing For Kante At Real Madrid


The pair believe their ex-Chelsea team-mate is what the Liga giants are missing and have been advocating for his signing. 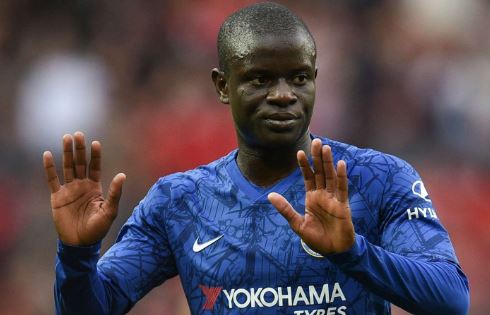 N'Golo Kante
Eden Hazard and Thibaut Courtois have pushed for Real Madrid to sign former Chelsea team-mate N'Golo Kante, reports the Athletic.
The pair have privately told friends they believe Kante is the exact type of player that Madrid are missing.
However, with his contract not running down, and at 29 years of age, Kante may prove too difficult for the Liga giants to pry from Chelsea.
Thierry Henry has what it takes to manage Arsenal in the future, according to former team-mate Nwankwo Kanu.
Ex-Gunners and France star Henry started his coaching career with a disastrous spell at Monaco, but the former Nigeria believes he will bounce back and can go on to take over at the Emirates Stadium.
French star less hassle than PSG team-mate
Barcelona could end their pursuit of Neymar and turn their attention to his Paris Saint-Germain team-mate Kylian Mbappe.
The Spanish champions have been trying to land the Brazil star after he expressed his desire to leave PSG, but no move materialised before the transfer window closed.
Barca are said to be plotting a return for the 27-year-old, but Mundo Deportivo says many at the club see Mbappe as a better option with more potential than Neymar, though he is expected to be more expensive.
Top Stories