Onigbinde is known to have been vocal in his criticism of Buhari's administration, but the young man has reportedly deleted his Twitter account. 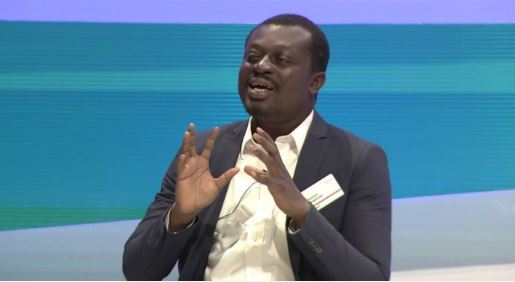 Oluseun Onigbinde
Seun Onigbinde, director and co-founder of BudgIT, has been appointed by the federal government as a technical adviser at ministry of budget and national planning.

“Friends, I have accepted to take up an advisory role underwritten by an international development agency for an initial period of six months . I believe that to guard the reputation of BudgIT, I need to take an operational break and make my new position public,” he wrote.

“In a technical advisory role, I shall be supporting the Minister of State for Budget and National Planning, Prince Clem Agba, along the issues of budget reform, development planning, and revenue growth.

“It is similar to a task Joseph Agunbiade (my BudgIT co-founder) and I worked on in 2013–14, under the DFID-FEPAR program for the National Assembly Budget and Research Office.”

Onigbinde’s appointment has generated mixed reactions from Nigerians on Twitter.

“I am pleased that Seun Onigbinde has been given an appointment by the Federal Govt. When I tell young people not to be too extreme, they abuse me as “Fencist.” In 2015, you are all in for Buhari. 2019, you are all in against Buhari. Your country is bigger than Buhari. Think am o,” he tweeted.

But some Twitter users reacted negatively to the appointment, saying such was not expected of the BudgIT co-founder.
“Seun Onigbinde deleted his Twitter account after getting appointment for Buhari’s government. The same Buhari that we all detest his government. I am learning a new lesson from this. “CRITICISE THE GOVT UNTIL THEY APPOINT YOU AND KEEP QUIET,” a user tweeted.
Follow some reactions below: 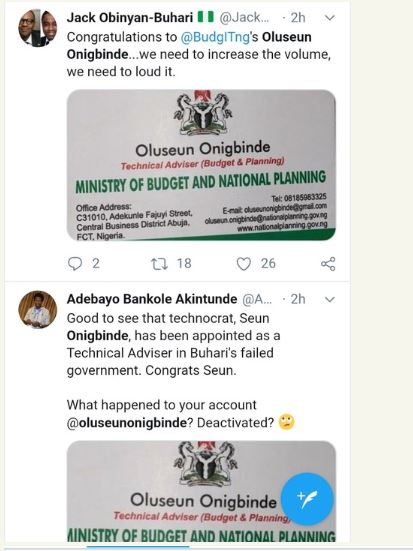 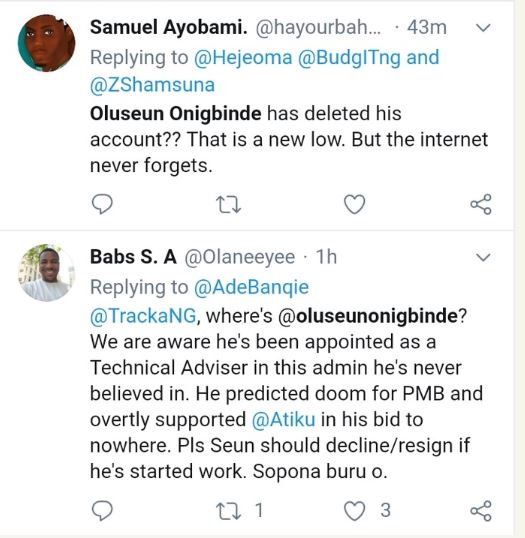 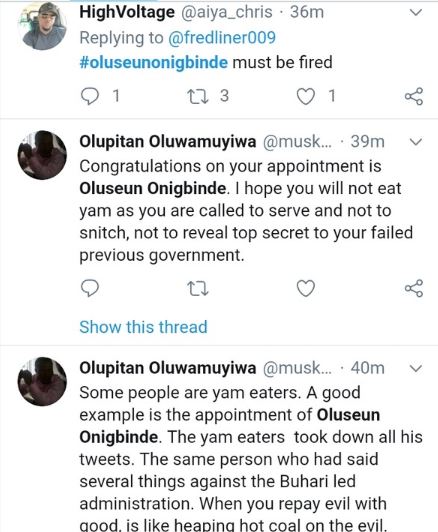