A former National Football League player has lost his life in a most shocking manner. 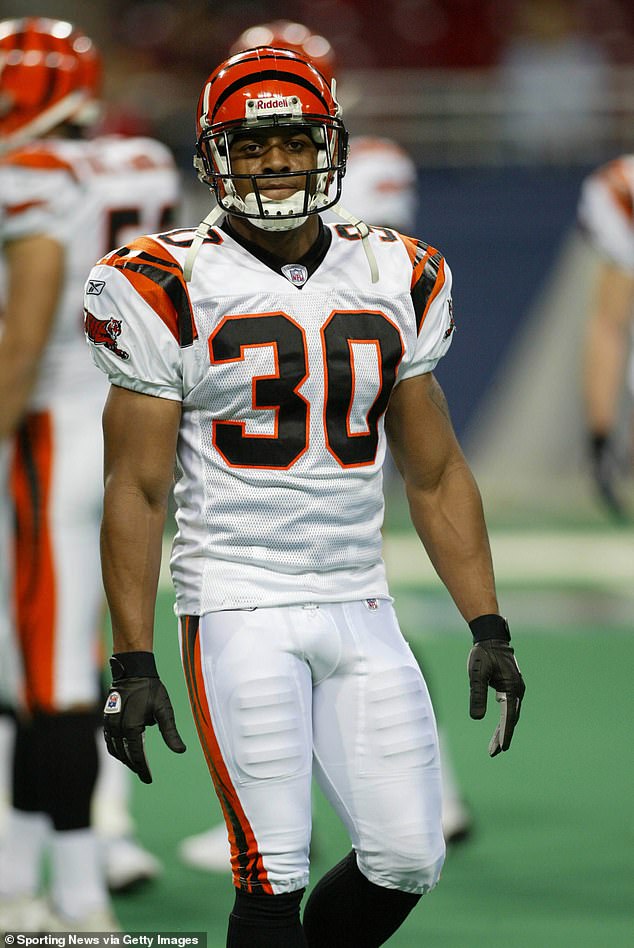 Terrell Roberts
Former Cincinnati Bengals player Terrell Roberts has been shot to death in his grandmother's backyard, according to relatives.
Roberts, 38, was shot by an intruder on Wednesday at a home in Richmond.
Relatives told Richmond station KPIX that Roberts was 'not mixed up in anything bad.'
As of Thursday, no arrests have been made, but police are searching for a black male between 20 and 35 who weighs roughly 250 pounds. The man was last seen wearing a black shirt, Richmond police Sgt. Enrik Melgoza told The New York Post.
The report of the shooting came across police scanners around 4pm on Wednesday.
Police found Roberts dead in the backyard with a gunshot wound to his chest.
Roberts and the suspect were heard arguing in the garage before the shooting, but their connection to each other remains uncertain, police told The Post.
The Berkeley, California native attended Oregon State, before signing with the Bengals as an undrafted free agent in 2003. He was later released in 2005 after playing 29 total games and recording 26 tackles with one interception and a fumble recovery.
Roberts's former teammates spoke out on social media after the shooting.
'Man am tired of waking up everyday to bad news,' retired defensive tackle Shaun Smith tweeted. 'Another one of my former teammates [was] shot and killed rest easy Terrell Roberts one of the strongest DBs to play the game rest easy my boy.'
Current Oregon State coach Jonathan Smith was also a college teammate of Roberts's.
'I'm crushed to hear the news of the passing of my teammate and friend Terrell Roberts,' Smith tweeted. 'Prayers to his family and friends during this difficult time.'
Culled from Dailymail
Top Stories