It also noted that the Ruga plan would ensure resettlement and address the dislocated populations in the key conflict zones. 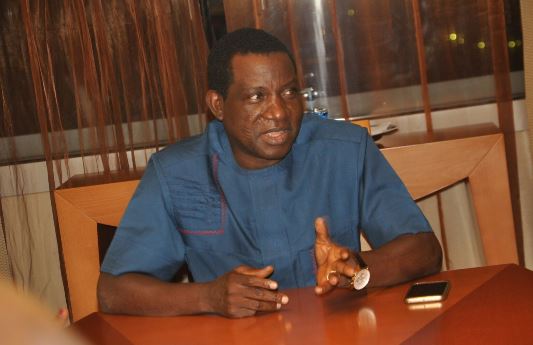 Governor Simon Lalong
Northern Governors rose from an emergency meeting at Sir Kashim Ibrahim house in Kaduna on Thursday, resolving to jointly end insecurity in the region.
The meeting discussed critical issues of common interests particularly on development of Agriculture and the enhancement of security in the region.
The meeting was presided over by the chairman of the forum who doubled as the Governor of Plateau state, Mr Simon Lalong who read the communique at the end of the emergency meeting.
Resolutions reached at the meeting include how to address the current security challenges which seem to be persisting despite concerted efforts by all tiers of government for which the forum resolved to continue to adopt a sustainable and holistic approach towards tackling the challenges.
The communique further expressed the forum’s unwavering determination to rescue the region and reposition it to meet the yearnings and aspirations of the Northern region especially in the areas of Security, economy and social development.
The Governors also adopted the National Livestock Transformation plan and encouraged other States not included in the pilot scheme to endeavour to join the programme.
It also noted that the Ruga plan would ensure resettlement and address the dislocated populations in the key conflict zones.
Fielding questions from journalists, Governor Matawalle said his administration’s peace and reconciliation process was yielding positive results as peace has since been restored in all nooks and crannies of the State.
He promised to sustain the peace so far enjoyed by the citizens of the State and called for a collective commitment of all the leaders at all level of governance.
Matawalle further said that efforts are being made to resettle all the people affected by the activities of the bandits in the State through the creation of social intervention programmes that will make them economically viable and self sufficient.
Other Governors present at the meeting include those of Sokoto, Jigawa, Kwara, Niger and Nasarawa while the remaining were represented by their Deputies.
Top Stories