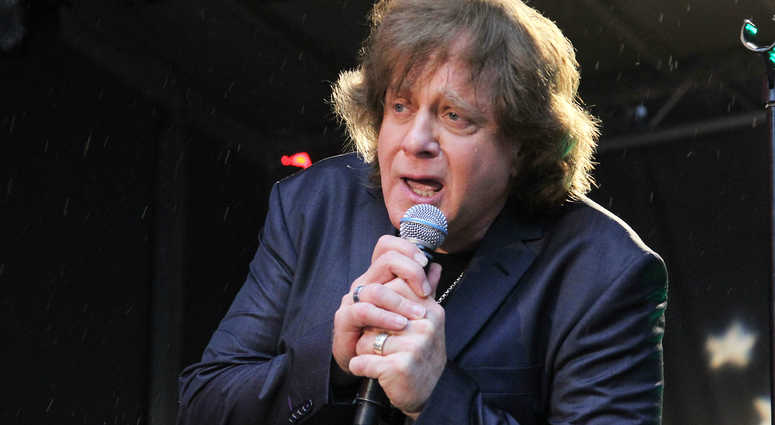 Eddie Money
Eddie Money, the prolific singer and songwriter whose songs “Baby Hold On,” “Two Tickets to Paradise,” “Shakin’” and “Take Me Home Tonight” soundtracked popular music in the 1980s, died Friday. He was 70, Variety reports.

“The Money Family regrets to announce that Eddie passed away peacefully early this morning. It is with heavy hearts that we say goodbye to our loving husband and father. We cannot imagine our world without him. We are grateful that he will live on forever through his music,” a statement from the family said.

According to Yahoo News, Money recently revealed that he had been diagnosed with stage 4 esophageal cancer.

A reality television series about Money and his family, “Real Money,” had aired on AXS TV starting in April 2018. It chronicled his life at home and with his family, revealing his health struggles.

Money made his home in the Bay Area where he performed at the city’s clubs regularly. A star of MTV’s formative years, during which he starred in a series of comedic music videos, he saw major chart success with such songs as “Baby Hold On” and “Two Tickets to Paradise” and in 1986 “Take Me Home Tonight”, a duet with Ronnie Spector, which was a radio hit. He was signed to Columbia Records and released 11 albums throughout his career, starting with his self-titled debut in 1977 which saw three songs chart, “Baby Hold On,” “Two Tickets to Paradise” and “You’ve Really Got a Hold on Me.”

Born Edward Joseph Mahoney in Brooklyn, New York, Money originally started out in law enforcement, his father’s profession, spending two years as a New York City police officer before deciding to try music. In Berkeley, Calif. following his move out west, he palled around with local musicians around the San Francisco club scene which led him to legendary promoter Bill Graham, whom Money met in 1976. Graham would become Money’s manager helping him achieve multi-platinum album sales.

Known also for his comedic manner, both in his music videos and in interviews, he told Rolling Stone last year that, despite his string of hit songs, he “missed the boat when it [came] to the big money.” In his typically self-deprecating manner, Money capped the conversation with this view: “The kids aren’t in jail, they’re not in rehab, nobody’s wrecked the car this week and there’s still milk in the refrigerator. I’m having a good month.”