Exposed: Why You Should Never Watch The Big Brother Naija Show (Video)


The songwriter gave reasons which he backed up with proofs why people should not be watching the Big Brother Naija TV show. 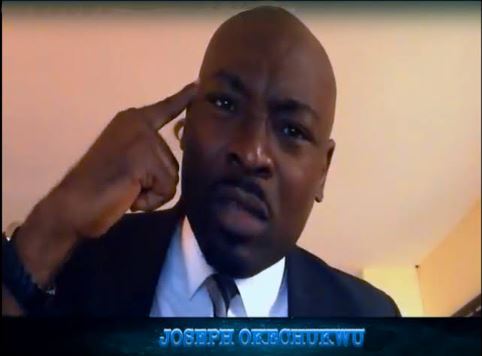 Though the 8-minutes video by an actor & songwriter named Joseph Okechukwu popularly known as Kingestjoe on instagram has been on the internet for quite a while now, the message it brings is still worth sharing and listening to as it did not go too viral because he may not have had too much popularity.
The songwriter gave reasons which he backed up with proofs why people should not be watching the Big Brother Naija TV show.
In the video Joseph Okechukwu first came up observation of the kind of symbol used by the Big Brother Naija. In the video Joseph made it clear that the symbol used by the Big Brother Naija is the evil eye of Horus which is a very deep occult symbol which is even used in the invocation of spirits. Saying that people should forget what any other people tell them about the symbol being a symbol for bad luck or any other thing.
In reference to the “Big Brother” in the BBNaija show he recalled a book written by George Orwell back in 1984 where people kept on arguing: why did the “Big Brother” not show up? Why didn’t we get to see “Big Brother”? Who was he? Where some said he was a spirit, other said he was a human being while others argued he was just a character.
Joseph said that when the Anti-Christ finally manifested in his physical form that he is going to be speaking to human beings telepathically.
Afterwards, a short clip of George Orwell was shown where George Orwell said that the Anti-Christ would not speak but his thoughts will be heard telepathically by everybody above the age of 14. He said that in all countries and all languages his voice will be heard by people above 14 years in Slovenia, United States, Russia will all hear in their various languages ranging from English, French, Dutch etc.
Joseph Okechukwu also said that the Big Brother Naija show is satanic also backing up his point by the book written by George Orwell in 1984 that it was the first place that he mentioned. He also said that everything that was written about the Big Brother in that place was really true about it. A part which was in the book about someone who is constantly watching you just as the cameras in the Big Brother Naija show are kept monitoring the lives of people.
He said that people may be complaining of their relatives struggling with issues like pornography making reference to the fact that the Big Brother show may be responsible for things like that.
He also said in conclusion that he does not want to run any one’s lives but he’s just given reasons why the Big Brother Show should not be watched again.
Joseph Okechukwu said that we should have endeavor social engineering. He then ended the video by asking Christians to give 1,2,3 to 4 reasons to should be given why they should be watching the Big Brother Naija show, and if you don’t have enough reasons you should stop watching it.
Watch the video below:
Top Stories