In what will come across as a rather surprising development, an ice hockey goalkeeper has been given an AK-47 rifle as his 'Man of the Match' prize. 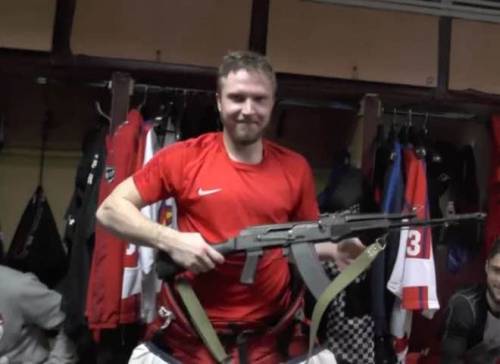 Saveli Kononov
A ice hockey goalkeeper in Russia, Saveli Kononov, has received a brand new AK-47 rifle as prize for emerging man of the match in his team's victory over Chelmet in the second-tier VHL.

The Izhstal Izhevsk goalkeeper stopped 36 of the 38 shots he faced during the match and photos shared online revealed that he was happy with the gift, which was handed over to him in the dressing room.

“Today we too are introducing a tradition,” head coach, Ramil Saifullin, told his team whose home is a city known for producing one of the world's most recognisable rifles after the game.

“As we live in an arms manufacturing city, the city of the Kalashnikov, every match you are named the best player, the previous recipient will hand it over to him,” he added.
Top Stories