The number of women being killed inside hotel rooms has continued to increase following the discovery of another body. 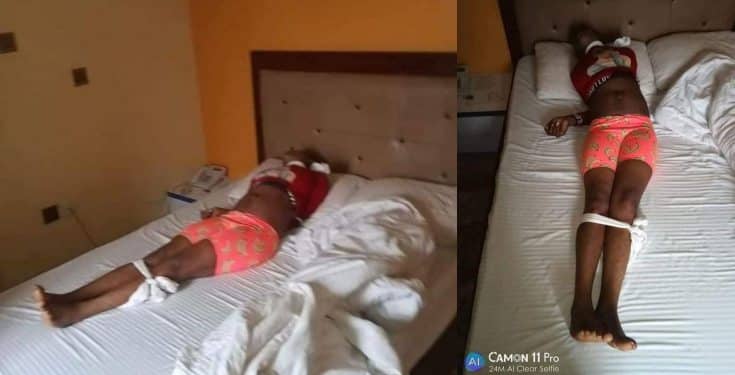 The victim
A young Nigerian woman has been killed inside a hotel in Port Harcourt, Rivers.
The identity of the victim is yet to be revealed.
The late young lady whose leg and neck were tied with a white handkerchief is said to be the third murder victim in the state who was killed in same way as others.
Facebook user, Christian Anele shared the story and wrote:

“Another lady killed in a hotel in Port Harcourt!! Same white cloth around the neck!! We all need to be careful especially the ladies, Xmas Don dey reach!!! #arrestThisSerialKillerNow.”
It is believed the duo had gone to the hotel to spend time together before she was killed.
See more photos below: 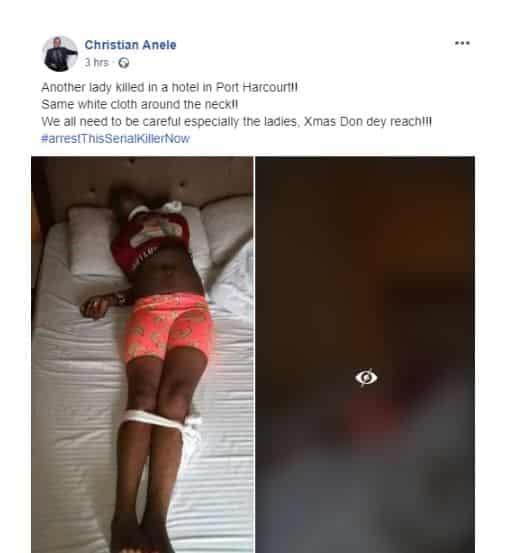 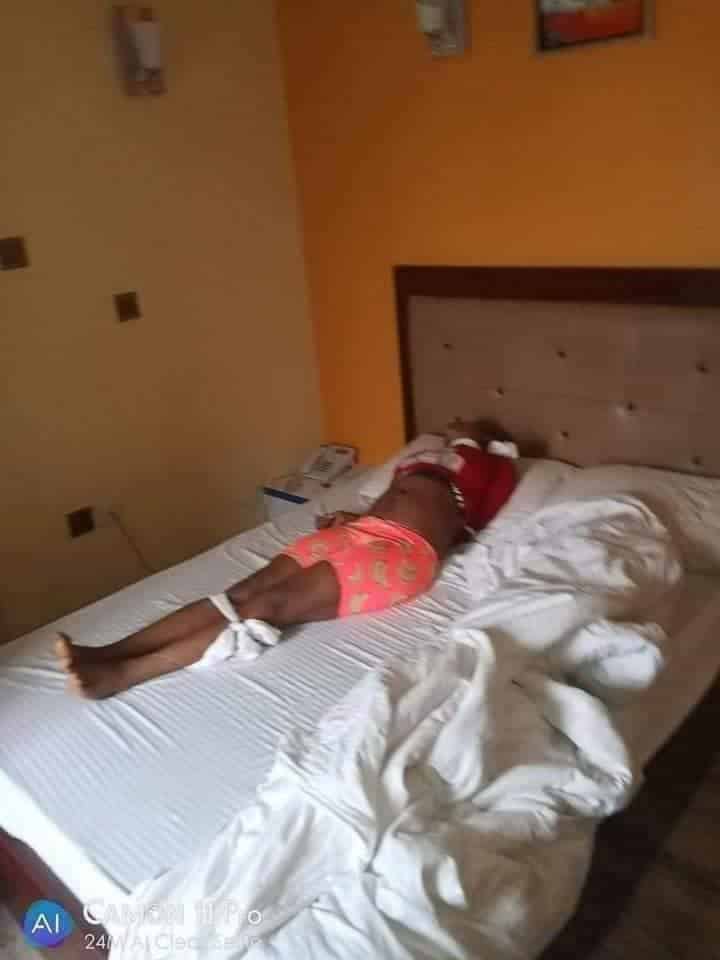 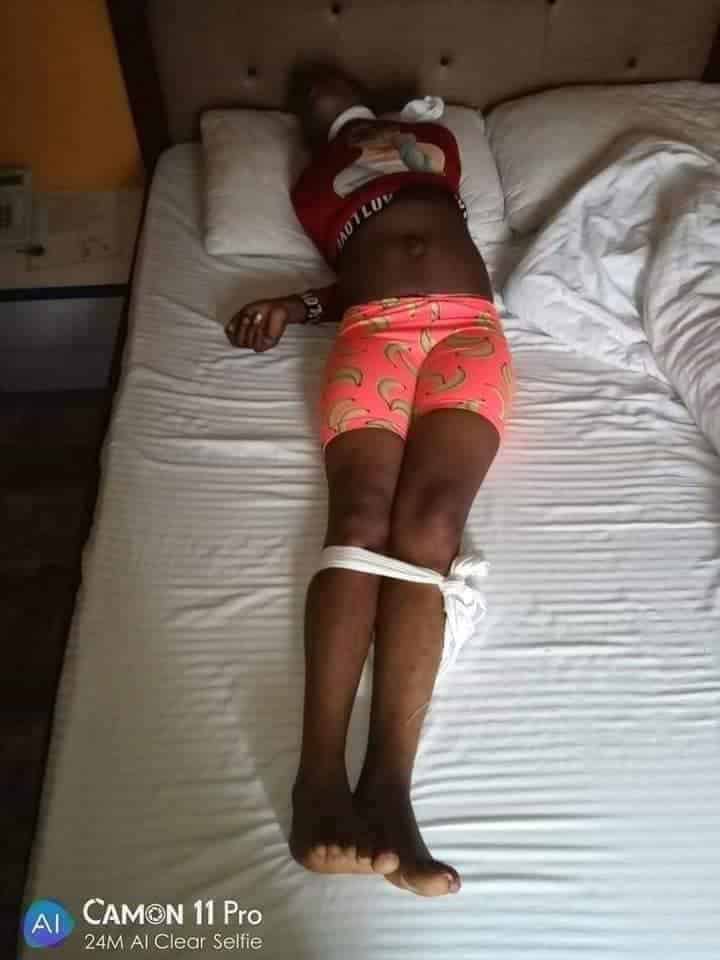