BBnaija housemates had a fun night on Saturday after staging a fun-filled beach party. 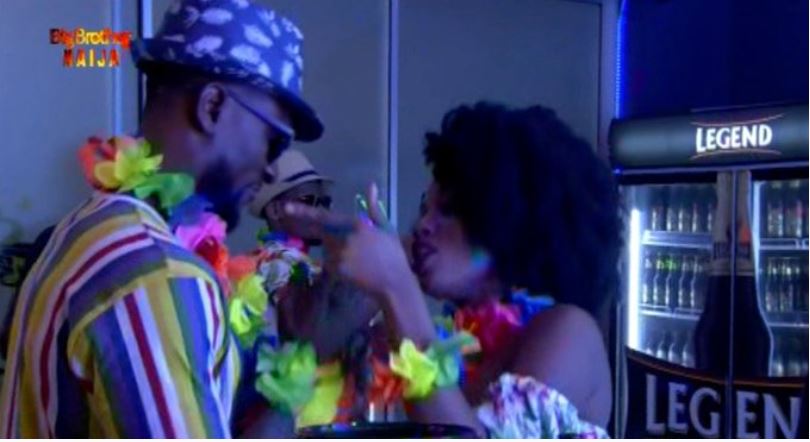 BBnaija housemates, Omashola and Khafi
Housemates in the ongoing Big Brother Naija threw a fun-filled beach party on Saturday night.
News Agency of Nigeria reports that this party garnered better response than that of last week, which fans have described as boring.
Housemates were dressed in colourful beach outfits by Hype and Steam with Carribean vibes, shorts and floaty dresses dominating the evening.
The housemates spent time dancing in groups and in front of the mirror while DJ Sparrow provided great music mixes.
Fans applauded the clothes the housemates were given and cheered them for sticking to the theme during the lively party.
@Anitalovelyne said, “Best of the Best shout out DJ Sparrow. Life of the party Frodd and Khaffi.”
@Efebuddy said, “The party was lit. Thank you, DJ Sparrow.”
@KingMackhalifa said, “Ain’t no party like a Big Brother’s Party. The Party Was Lit #BBnaija.”
@Mpume_lelo tweeted, “High 5 to outfit sponsor for tonight party.”
@VMselle said, “Mike has improved his dance moves, enjoying him more every Saturday.”
(NAN)
Top Stories