Two government officials have landed in serious trouble for diverting salaries of workers. 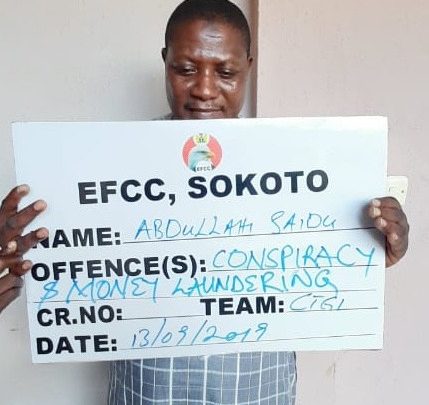 Abdullahi Sa’idu
The Economic and Financial Crimes Commission, EFCC, Sokoto Zonal Office, on Friday, 13 September 2019 arrested Abdullahi Sa’idu, Director General of Sokoto Marshal Agency and Bashar Dodo-Iya, an accountant with the agency for alleged diversion of N10million meant for the payment of the salaries of workers.
The two suspects who are members of the payment committee of Sokoto Marshal Corps were arrested following a petition jointly signed and presented to the commission by 39 members of the Agency, alleging that their 3 months salaries was being withheld without any reason.
They further alleged that the suspects refused to pay their salaries and had diverted the money for their personal use.
Preliminary investigation confirms the alleged diversion of the said sum by the suspects. They will be charged to court as soon as investigation is concluded. 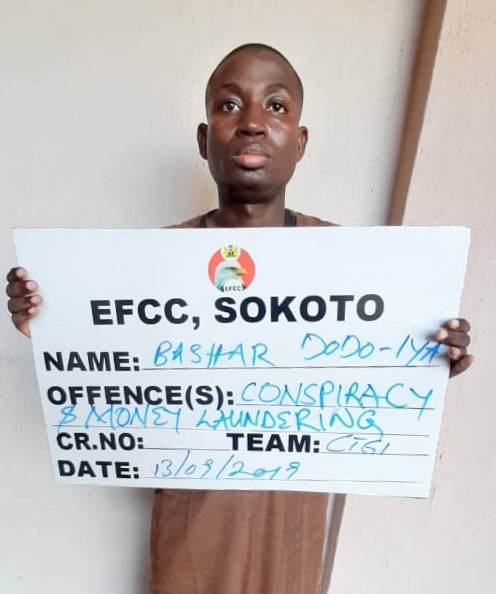