A pastor will be full of regret after he was nabbed for sexually abusing two underaged girls. 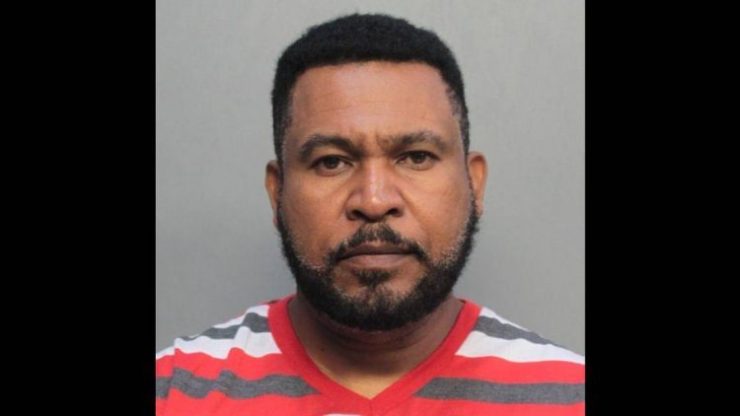 The Pastor
A preacher has been arrested after police claimed he repeatedly raped two young girls in his bedroom and forced them to witness each other’s assault.
The girls are 9 and 10 years old.
Yunior Beltres, a 54-year-old citizen of the Dominican Republic, was charged with two counts of sexual battery on a minor, police in Miami, Florida said.
The girls, whose relationship to Beltres was not disclosed, reported the abuse to police in July. They said the assaults occurred in May and June at his home in the 300 block of Northeast 118th Terrace in Miami, the Miami Herald reported.
Beltres, a preacher at Evangelistic Ministry of Columns of Fire, also known as Ministerio Evangelistico Columnas de Fuego. Beltres has been affiliated with the organization since at least 1996, according to the records.
A woman who answered the phone number listed for the religious organization on Friday said that Beltres was a pastor at the congregation and that the accusations against him were false. She did not provide her name and hung up on a reporter.
In the voice greeting for the phone number, Beltres identifies himself as a pastor and wishes blessings on his callers.
Videos posted to Facebook by members of the congregation show Beltres delivering impassioned and booming sermons in Spanish.
In one video, posted Aug. 15, Beltres preaches about responding to critics of his faith. He comments on the “lost souls” of society.
“Even if they reject you a thousand times or spit in your face — even if they call you a crazy fanatic,” he said, yelling. “Yes, I’m a crazy person of the third heaven.
“There are a thousand lost souls out there, but you all are pleased that you are saved,” he added.
Beltres, accompanied by an attorney, turned himself into authorities Thursday. He was being held Friday in Miami-Dade’s Turner Guilford Knight Correctional Center with no bond, said the Miami Herald.
Top Stories