This is a look into the life of Khafi, the most recent BBNaia housemate to be evicted from the reality show. 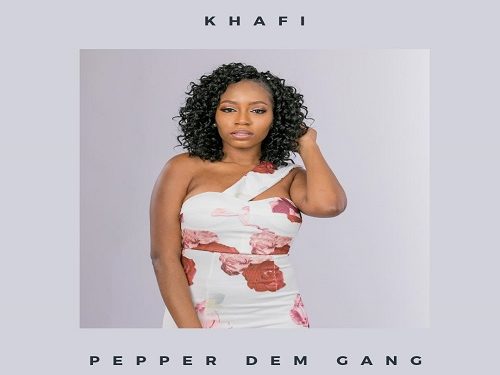 Prior to Big Brother Naija 2019 ‘Pepper Dem’ edition, ‘Khafi Kareem’, was just a regular UK policewoman with dreams and aspirations to make it big in her own way.
Interestingly, for the first time in the history of the competition, Khafi Kareem was one of the twenty-one Big Brother Naija 2019 housemates. She however got evicted from the reality show on Sunday, September 15.

Khafi is a native of Ekiti, Nigeria, but she lives in London. Khafi who is aged 29 years old, is also a Police Officer in London.

Her exit is coming after spending a total of 77 days and eleven weeks in the house thus bringing an end to her journey in the race for the mouth-watering cash prize of N30 million and other rewards bringing the total prize N60 million.

Upon her entry into the house, she had Nigerians talking on Twitter especially with her status as a constable with the Metropolitan police UK.

A quick look at her lifestyle especially during the house sojourn reveals that she’s a lady full of energy and positive vibes. She’s of the opinion that ‘you can reach anything as long as you believe in yourself’. She likes public speaking, dancing and singing.

Khafi dislikes people who also try to control her or block her self-expression.

Recently, she dominated the news, both local and international, for allegedly breaching the rules and regulations at her workplace.

It was reported that the she might face disciplinary actions from her employers, MET Police for partaking in BBNaija.

A report published by several UK news outlets noted that she was refused permission to appear on the show by her superiors.

However, the reality star’s management said the reports were not only derogatory but sensational.

The management claimed that the UK Sun failed to inquire or get her side of the story before publishing the article.

One of the highlights of Big Brother Naija 2019 has been the relationship between Khafi and Gedoni.
Gedoni and Khafi did not only cross the line but they did rub it in the faces of other housemates, night after night.

In the post-eviction interview, Khafi said she bonded with Gedoni in the first week because they were both up for eviction.

She told Ebuka that she believes he loves her as much she loves him, adding that she was a forlorn lover when he was evicted.

In what appeared to be a controversy, Gedoni and Khafi were first captured in a sex act in the house on Saturday, July 20, then again on Tuesday, July 23, and again on Monday, July 29.

Khafi revealed to Gedoni that she abstained from sex for eight years, after she converted from Islam to Christianity.

On his part, Gedoni has repeatedly said that they did not have s*x and the rumours were unfounded.

When asked to address the sex rumours, Gedoni told show host, Ebuka Obi-Uchendu that he was unhappy that the rumour went viral and felt terrible about it.

He added, “I think I will allow Khafi to ask whether we had s*x or not. There were intense moments but s*x, no.”

He detailed the moment he felt sparks for the bubbly Khafi and stated that his feelings for her were real.

However, Gedoni Ekpata has reassured fans that his relationship with his love interest/co-star, Khafi Kareem is beyond the show.

Gedoni said that he would be open to date his co-star, Khafi after the ongoing Big Brother Naija season four ends.

So perhaps, while we might have assumed — whether because of their few on-screen bedtime moments or their romantic displays — that Gedoni and Khafi had s*x number of times, they are both responsible for their private affairs or their public display of love.
***
Via The Nation
Top Stories

''If You Keep Passing The Nights In Men's Houses Or Hotel Rooms, You're Gonna Be R*ped" - Nigerian Sports Analyst Tells Women
Recent Stories