The 21-year-old was born in London, but he qualifies for the Super Eagles through paternal lineage. 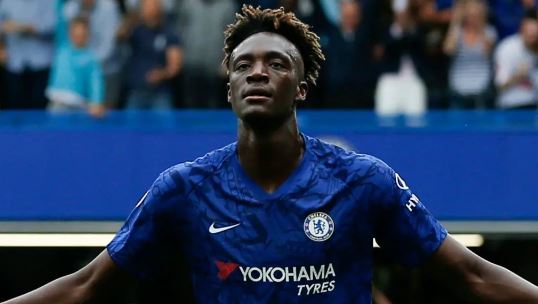 Tammy Abraham
Chelsea striker, Tammy Abraham, has not completely ruled out the possibility of playing for Nigeria.
England boss, Gareth Southgate, will be sweating on losing the player he called up in November 2017, but has still only played in friendly matches.
It means Abraham has the option to switch national team’s allegiances.
The 21-year-old was born in London, but he qualifies for the Super Eagles through paternal lineage.
Speaking at Molineux Stadium, after his hat-trick helped the Blues to a 5-2 win, Abraham said: “Yes, I have heard the talk. I have not really been focused on that yet.
“I think when the time comes, the times comes. It is about focusing on Chelsea and hopefully scoring goals and getting victories.
“We never know. You can never say never, whatever comes first, really. I just have to keep full focus on Chelsea. It has been a good day at the office for the boys and me. Coming here is never easy. We played well, thankfully, I scored three and we got the three points.”
Top Stories