Two men have been disgraced after they were caught when they disguised as customers only to rob a phone store. 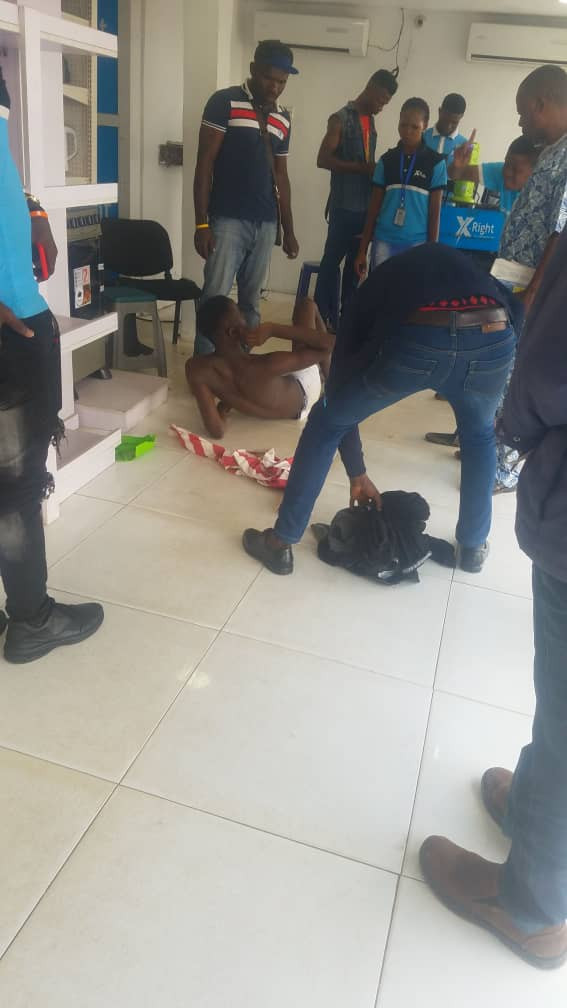 The gang was nabbed
A gang of robbers has been nabbed in Lagos today after they entered a mobile phone store pretending to be customers but ended up robbing the store.
According to an eye witness, 'three of them entered Xright store at iyana ipaja, two of them stepped out while one remained inside and was acting as if he wants to buy a phone but ended up stealing it'. 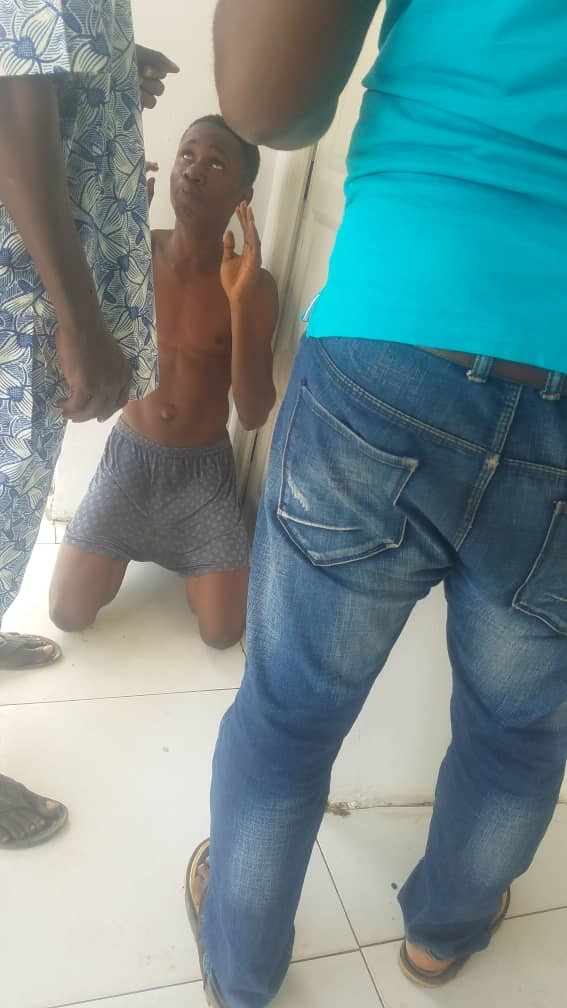 'When it was discovered that a phone had gone missing, the suspect had disappeared but luckily the two guys looking out for him outside were caught, beaten up and they confessed to the crime'.

The source said the two suspects have now been handed over to the police while the third guy remains at large.
Top Stories