Policeman Reportedly Knocked Out With Strong Punch In Lagos (Photo)


A police officer got knocked out in the line of duty in Lagos State after he was accused of harassing an 'innocent man'. 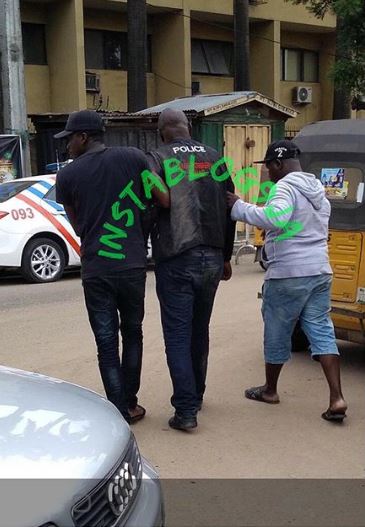 The police victim (middle)
A SARS operative is lucky to be alive after a boy he was trying to wrongfully arrest, technically knocked him out.
The incident happened, today, at Abule Oja, off Unilag road, Lagos. The officer had accosted the boy because he had dreadlocks and was harassing him.
However, when he continued, the victim rained numerous heavy blows on his head, making him fall down but didn’t die.
His colleagues however gave the boy a hot chase, but he outran them. They later returned to help their unconscious colleague up and took him to a safe spot, where they lavished many gallons of water on him till he stopped seeing men like trees.
Top Stories