Reacting to her sack, Mrs Bob thanked the governor for giving her the opportunity to serve in the state government. 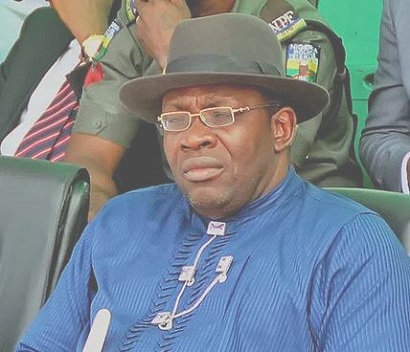 The special adviser’s sack was announced in a statement by Fidelis Soriwei, Chief Press Secretary to the governor, on Thursday in Yenagoa.

The statement said Mrs Bob was relieved of her duties for gross misconduct, indiscipline, and irresponsibility.

“Mrs Helen Bob was dismissed for repeated acts of gross misconduct, indiscipline, irresponsibility and acts unbecoming of a person occupying the position of special adviser.

“Mrs Bob was among 130 special advisers engaged by the governor to render necessary services to the state and to give a sense of belonging and legitimate support to party members,” the statement read in parts.

Meanwhile, some analysts have attributed Mrs Bob’s sack to her divergent views concerning the outcome of the recently concluded Peoples Democratic Party (PDP) governorship primaries in the state.

Reacting to her sack, Mrs Bob said she was not surprised at the development, and thanked the governor for giving her the opportunity to serve in the state government.

“I am happy to have stood for the truth, frankly speaking, I am a woman of truth and will always stand by it.

“Gov Seriake Dickson has done very well not to have ignored my comments which of course I know must have touched his heart.

“And the gods of the land will be so proud of a true Izon daughter, truth is very very bitter, this is not a surprise at all,” she said.

She, however, stated that her sack came belatedly because she was already out to speak against the mismanagement of PDP in Bayelsa.

Mrs Bob is a former Chairman of Brass Local Government Area of the state.