Security operatives in Gombe state have apprehended a gang of notorious kidnappers terrorising residents of the state. 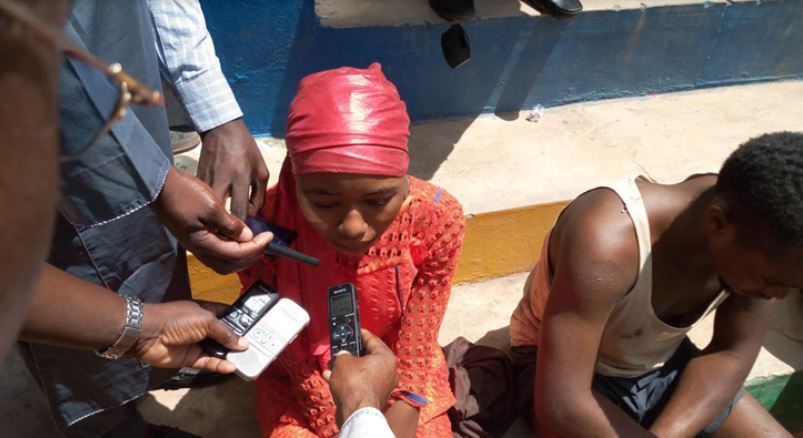 The suspects
The Gombe State Police Command has rescued a four-year-old Miss Aishatu Mohammed from kidnappers, according to Punch.

The kidnappers, Hadiza Babayo, 18, and one Bala Shuaibu, were paraded on Friday by the police command at the  Special Anti Robbery Squad premises in Gombe.

She said, “During the course of interrogation, Hadiza Babayo confessed to the crime and stated how she and one Bala Shuaibu, abducted the victim from Gombe High school and kept her in a hotel at Nayi-Nawa quarters Gombe, where they demanded a ransom of six million naira (N6m) from the victim’s father before she could be released.

“The SARS operatives responded swiftly and rescued the victim unhurt, without any ransom”

According to the suspect, she told our correspondent in an interview that she contacted her boyfriend to kidnap her cousin to get money off her uncle. After bringing her from school, I arranged to take her to my boyfriend (Shuaibu), we wanted to use the opportunity to get money from my uncle since he had not shown me enough care, she stated.

An uncle to the victim, Alh. Umar Shafudeen, who spoke to our correspondent narrated how the abduction of Aishatu Mohammed was a 24-hours of turmoil.

He said, “We were disturbed because of the safety of the young girl and we had to visit the Commissioner of Police, who in turn alerted his men. We are glad that our child has been returned to us.”