The victory of Ifeanyi Okowa at the Delta state governorship election has been upheld by the Governorship Election Petitions Tribunal in Asaba. 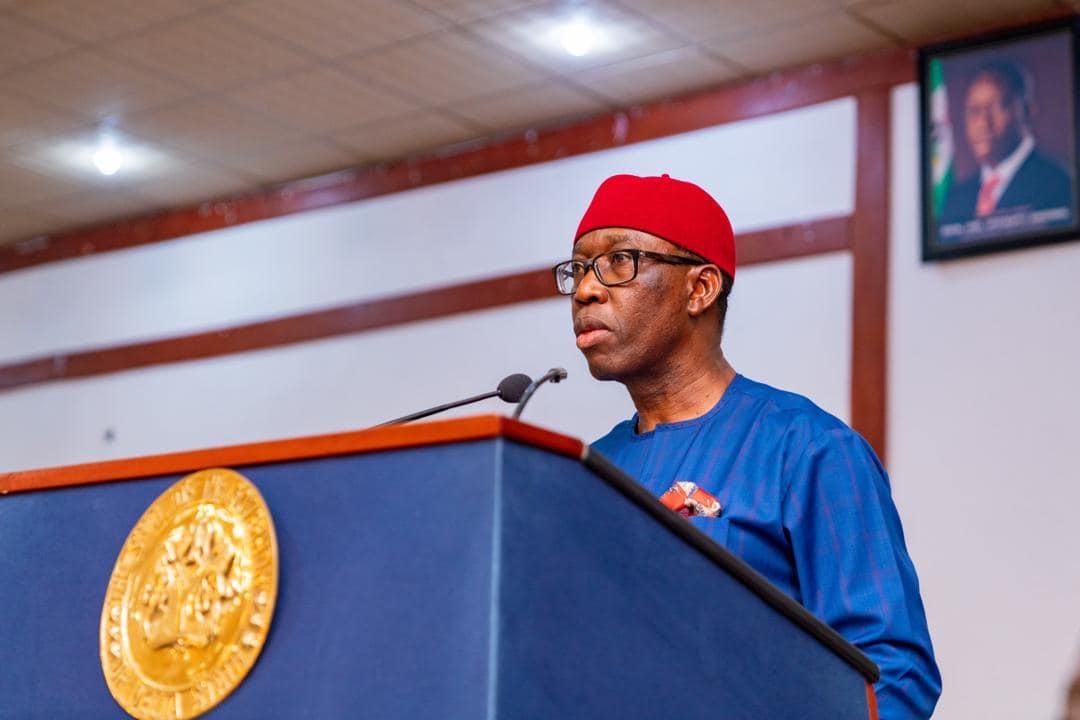 Ifeanyi Okowa
The Governorship Election Petitions Tribunal in Asaba, the Delta State capital on Friday upheld the victory of Governor Ifeanyi Okowa of the Peoples Democratic Party in the last governorship election in the State, Punch Metro reports.

The tribunal dismissed the petition filed by Great Ogboru and All Progressives Congress challenging Okowas victory at the March 9 governorship poll.

The Chairman of the tribunal, Justice Sulaiman Belgore who delivered the judgment in Asaba, dismissed all the grounds of the petition saying that the petitioners did not prove their case beyond reasonable doubts as required by law.

He said, “The petition was badly drafted, devoid of details and insufficient data. The case of the petitioner remains unproven”.

While giving his judgement, Belgore declared that due to insufficient data given by the counsel of the petitioner, it is incorrect to contest that the first respondent, Ifeanyi Okowa did not have a majority of lawful votes in the 2019 Governorship.

“Of 896 polling units in which over voting was recorded, the petitioner only brought five party agents as witnesses as other 15 witnesses were ward or collation agents,”  he asserted.
Details later...
Top Stories