A serial killer arrested by the police has been given a sumptuous meal before he confessed. 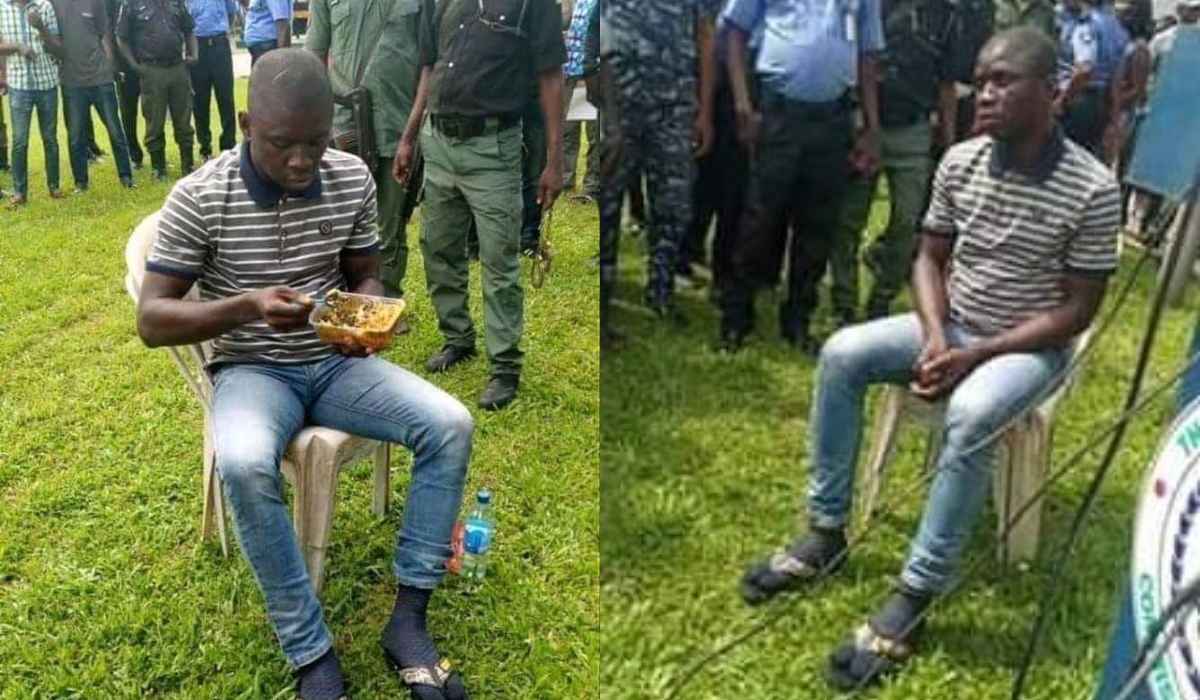 David West enjoying the nice meal
A photo has emerged showing the Port Harcourt suspected serial killer eating a bowl of rice during his official parade by the Police.
The Port Harcourt suspected serial killer identified as, Gracious David West was officially paraded by the Police yesterday, where he confessed to killing atleast 7 girls in Rivers, Imo and Lagos state.
A photo of him eating rice has elicited responses from Nigerians who wondered why a notorious killer should be given such luxury. 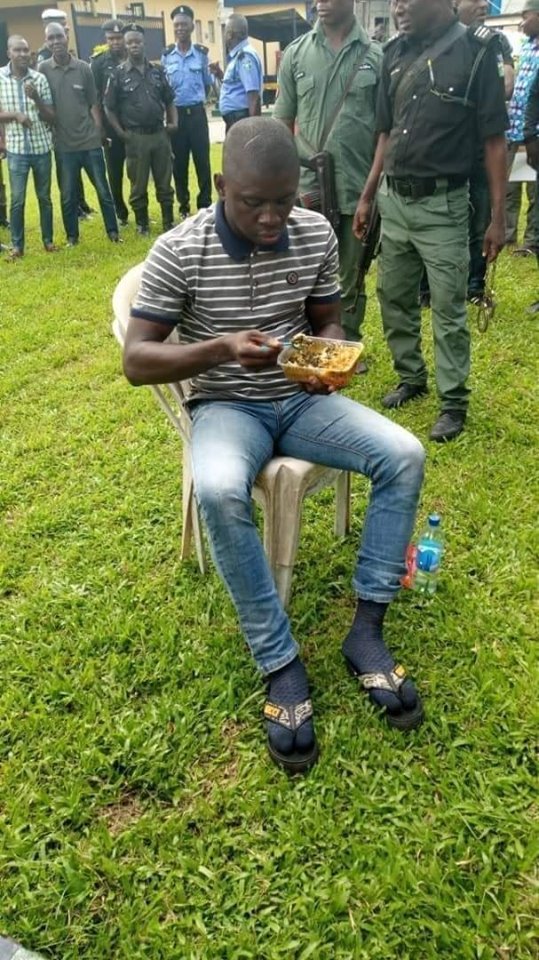 Recall that the killer who was caught after he was identified on the CCTV footage of a hotel where he had killed one girl on the 16th of September.
He is of the habit of killing the victims with their neck, hands and legs tied with white clothes.
Watch video of his confession below:

Confession of a serial killer pic.twitter.com/aatiOdj969