BBNaija housemate, Tacha has come under severe attack from Kemi Olunloyo over her constant body exposure. 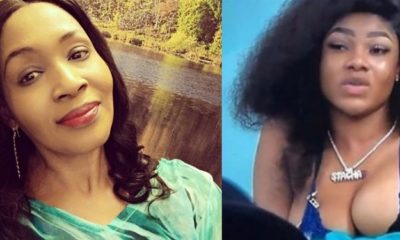 Kemi and Tasha
Controversial journalist, Kemi Olunloyo has slammed big brother housemate Tacha for her immodest body exposure in the house.
According to the controversial journalist, Tacha is already ruining her brand by flaunting her breasts all over the place.
In her words “Tasha is already ruining her brand. Her dressing quite inappropriate, breasts swinging all over the place”.
She further stated that Nigerian actress, Funke Akindele had also advised Tacha to use the big brother platform positively for her exit.
“This morning, FUNKE Akindele advised her to use this platform POSITIVELY for her exit“, she said.
Kemi Olunloyo, backing up her claims mentioned that that the body exposure is classless for a future beauty entrepreneur.
See the post below: 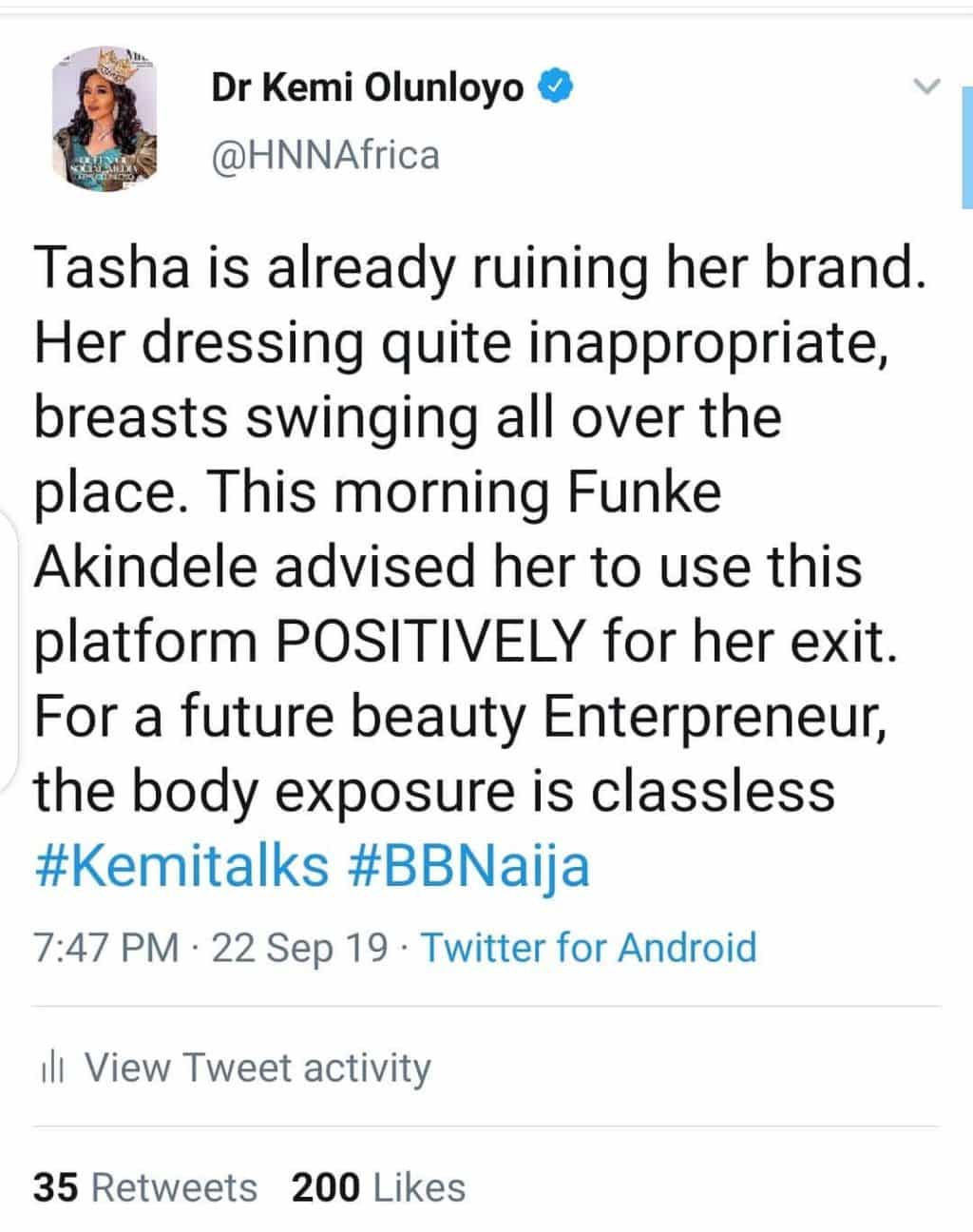