A student of Ambrose Ali University has died a painful death after drowning during a picnic. 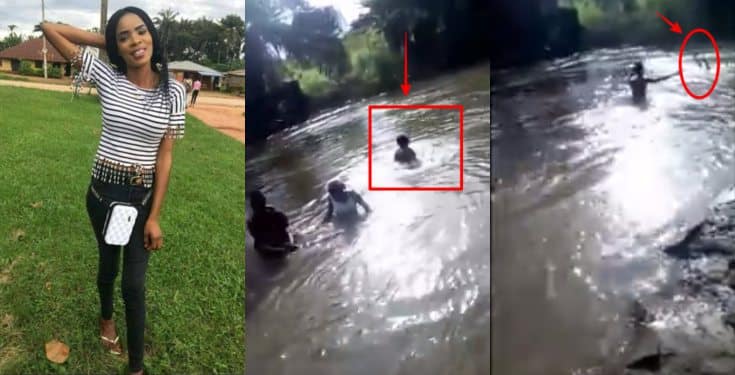 Priscilla drowned at the river
A sad incident has claimed the life of Priscilla, a 300 Level accounting student of the Ambrose Ali University, Ekpoma, Edo State who drowned.
It was gathered that the incident happened at the Olumo Beach River.
A video of the incident was posted by her friend, Benson Saturday Ikponmwosa who mourned her sad exit.
Before her death, her fellow students were standing around the shallow part of the water before she ventured into the deep end. After a short while, she’s seen flailing her arms as she tries to get the attention of her colleagues.
At this point, there was commotion already and the person filming immediately drops the camera so the screen is blank but voices can still be heard as her friends screamed and tried to get to her in time.
Sadly, she didn’t make it out alive.
See below:
Top Stories