Bakare, in a video trending on the social media, declared that he would succeed President Muhammadu Buhari as 16th president of Nigeria. 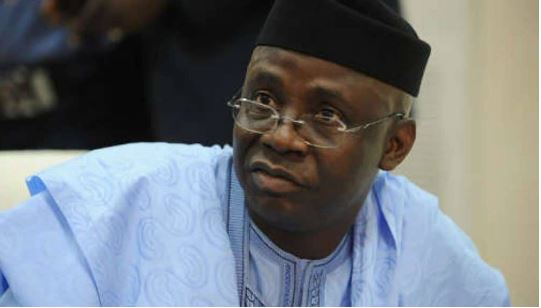 Pastor Tunde Bakare
Senior Pastor of the Awaiting The Second Coming Of Jesus Christ Gospel Church, Adewale Giwa, has advised the founder of Later Rain Assembly, Pastor Tunde Bakare to study his bible carefully and perish the thought of becoming the president of Nigeria.
Giwa, in a statement he issued on Monday, urged Pastor Bakare to learn from what is befalling vice president Yemi Osinbajo.
According to the cleric, it is not possible for a man claiming to know Christ and also turn out to serve the devil.
Bakare, in a video trending on the social media, declared that he would succeed President Muhammadu Buhari as 16th president of Nigeria.
Giwa, in response to Bakare’s assertion, specifically quoted 1 John 2:15-16 which says, “Do not love the world or things in the world. If anyone loves the world, the love of the Father is not in him. For all that is in the world, that is, the lust of the flesh, the lust of the eyes and the pride of life is not of the Father but is of the world.”
“Whatever Pastor Tunde Bakare meant by the video, I challenge him to tell the world where the scripture says a Pastor should partake in politics.
“Pastors can speak to power, advise and criticise when necessary. The moment you join politics as a Pastor, you have missed the road to heaven.
“You will definitely compromise when you are with them. Why is it that professor Osinbajo has refused to talk on so many issues today? Why is it that he cannot call a spade a spade now?
“All is because of money. You cannot serve God and as well serving money, it is impossible.”
Top Stories