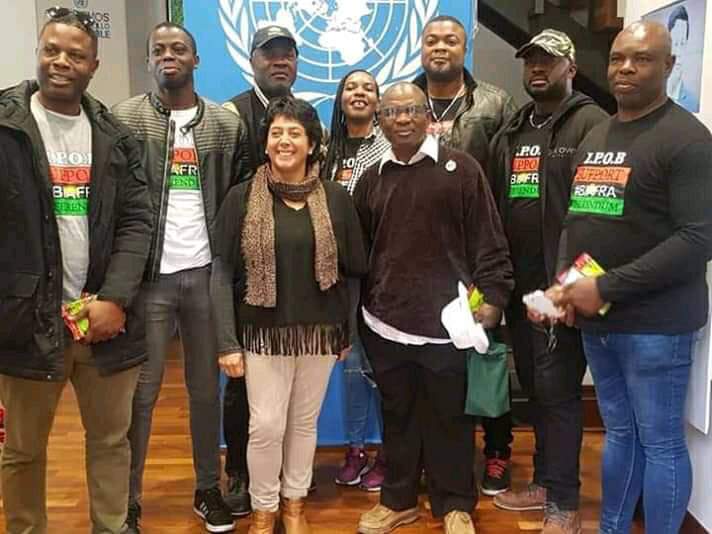 IPOB members at the UN General Assembly building in Washington
The representatives of indigenous people of Biafra (IPOB) have arrived Washington DC for UN general assembly summit.
They are expected to table the issue of Biafra before the world leaders. Nnamdi kanu, the leader of IPOB, is expect to lead the delegates.
Recall that we reported that leader of the Indigenous People of Biafra (IPOB), Nnamdi Kanu would lead other members of the group to the United Nations General
Assembly slated for New York, United States of America.
The Media and Publicity Secretary of the group, Emma Powerful made the disclosure in a statement made available to newsmen in Onitsha on Monday.
It said the trip was something the leadership of the movement was looking forward to with great enthusiasm.
The statement partly read, “Regarding the United Nations General Assembly meeting in New York, we have both direct and indirect representations for the forthcoming events in the US. Our people are on the ground.
“If the right conditions which we are waiting for are put in place, our leader will personally lead our people; otherwise it would be on a later date which would be duly announced.” 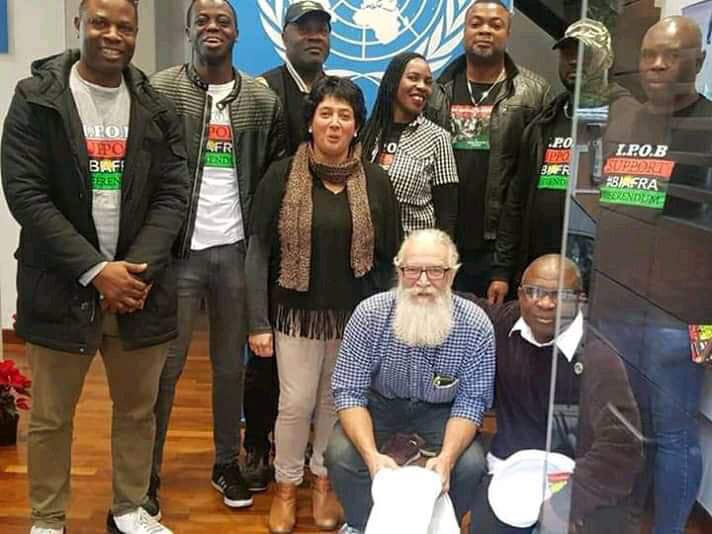 Speaking on the recent meeting with UN officials in Geneva, Powerful said, “Our exchanges were frank and forthright. If there were doubts before in their minds that Nigeria is one almighty calamity, the feeling we got after our discussions is that they now have a proper appreciation and deeper understanding of how irredeemably hopeless the case for one Nigeria has become in light of the reign of impunity, poverty, repression, unbridled corruption and collapse of the legal system.
“We understand and respect the legitimate yearning of the public to know what transpired between IPOB delegation to the United Nations in Geneva led by our able leader and prophet Mazi Nnamdi Kanu and the staff of the various agencies of the UN we met and had fruitful discussions with.
“Without divulging very sensitive details that may undermine confidence and future discussions such as the one we just had, it will be prudent to say at this time that the meetings went very well and in some instances surpassed our expectations. 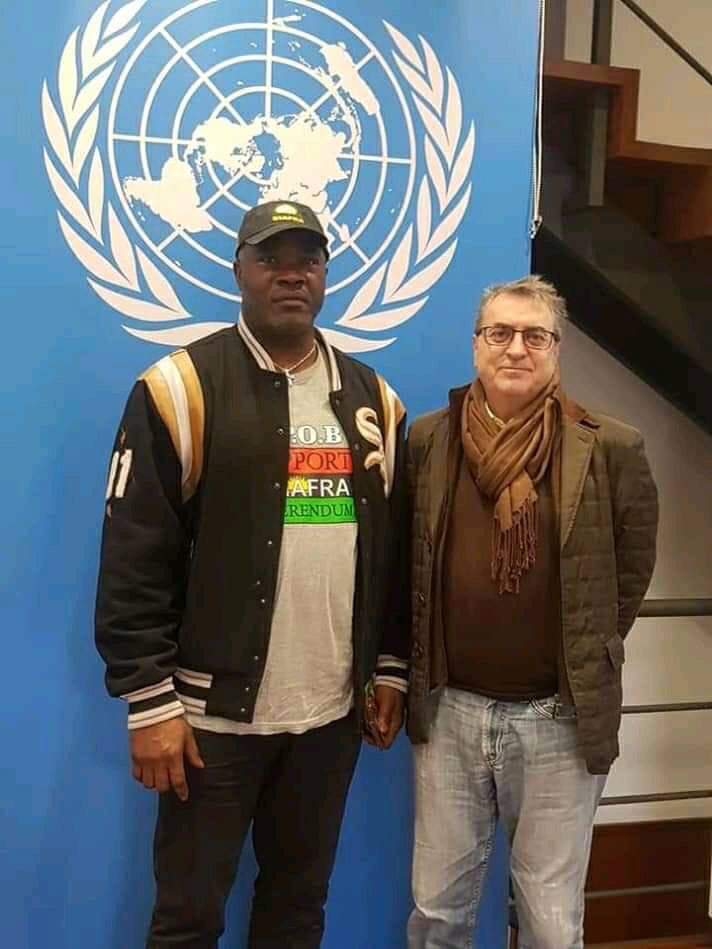 “Our case is now before the various specialised UN agencies or working groups with specialty in various specific monumental human rights abuses systematically perpetrated against Biafrans and other vulnerable individuals and groups in Nigeria.”
Top Stories