Controversial Nollywood actress, Tonto Dikeh has taken to social media to reveal a chat with a mystery lover. 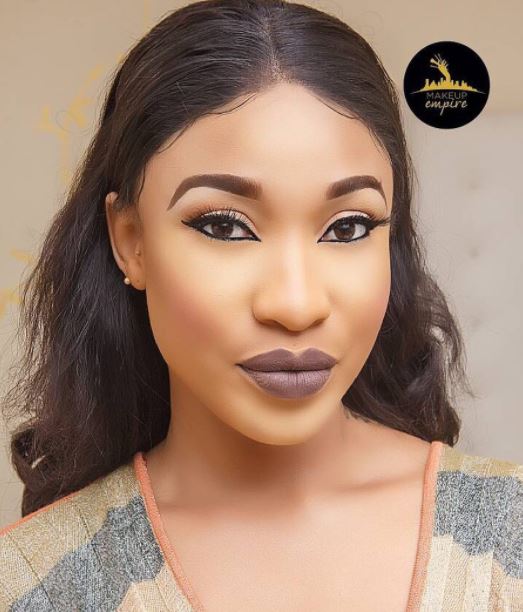 Tonto Dikeh
Nollywood wood actress, Tonto Dikeh may be in love again after she went on social media to reveal her chat with her mystery boyfriend.
In the chat, her boyfriend told her to stop taking his money without seeking his consent first, but she replied saying he shouldn’t keep the money where she will see it, if he doesn’t want it to get missing.
“I said stop keeping it where I will see it cause if I see it and you ain’t using it I take it”, she said.
Sharing the chat with love emojis, Tonto Dike wrote: “am I the only one who steals that don’t have time to lie about it when caught? Who keeps goat and leaf in one space. My clown# my happy#”
However, a social media user, reacting to the post opined that the actress faked the chat just to get attention.
See screenshots below: 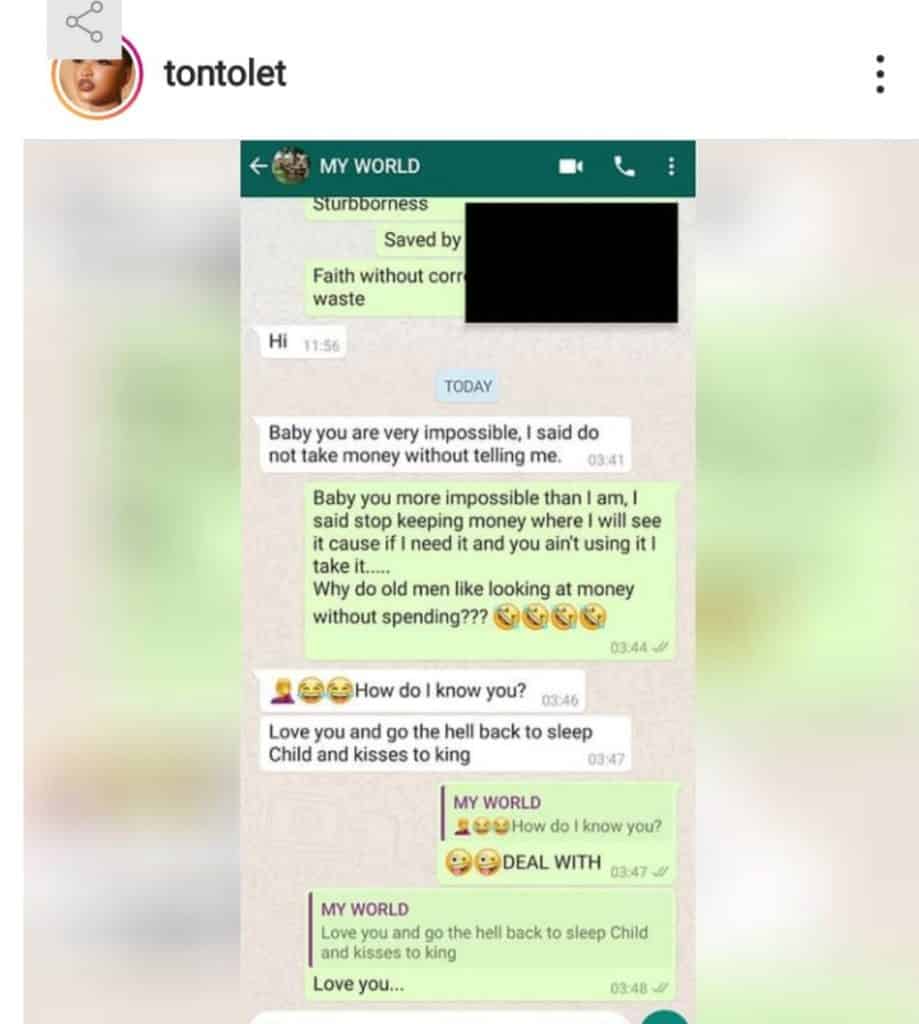 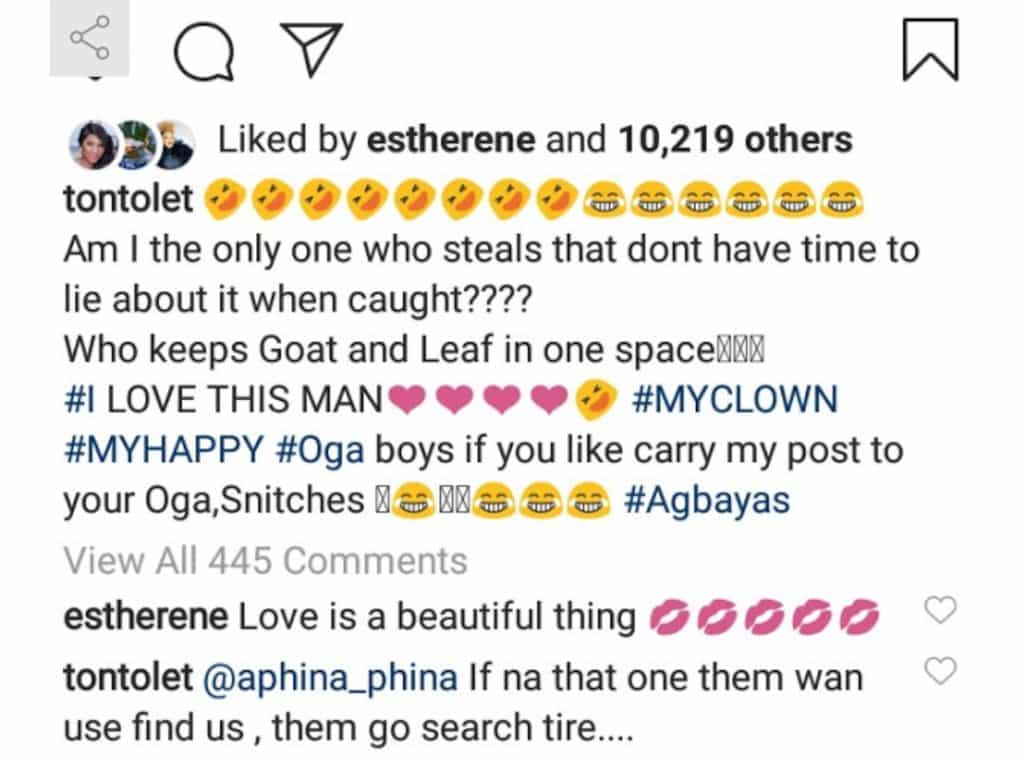 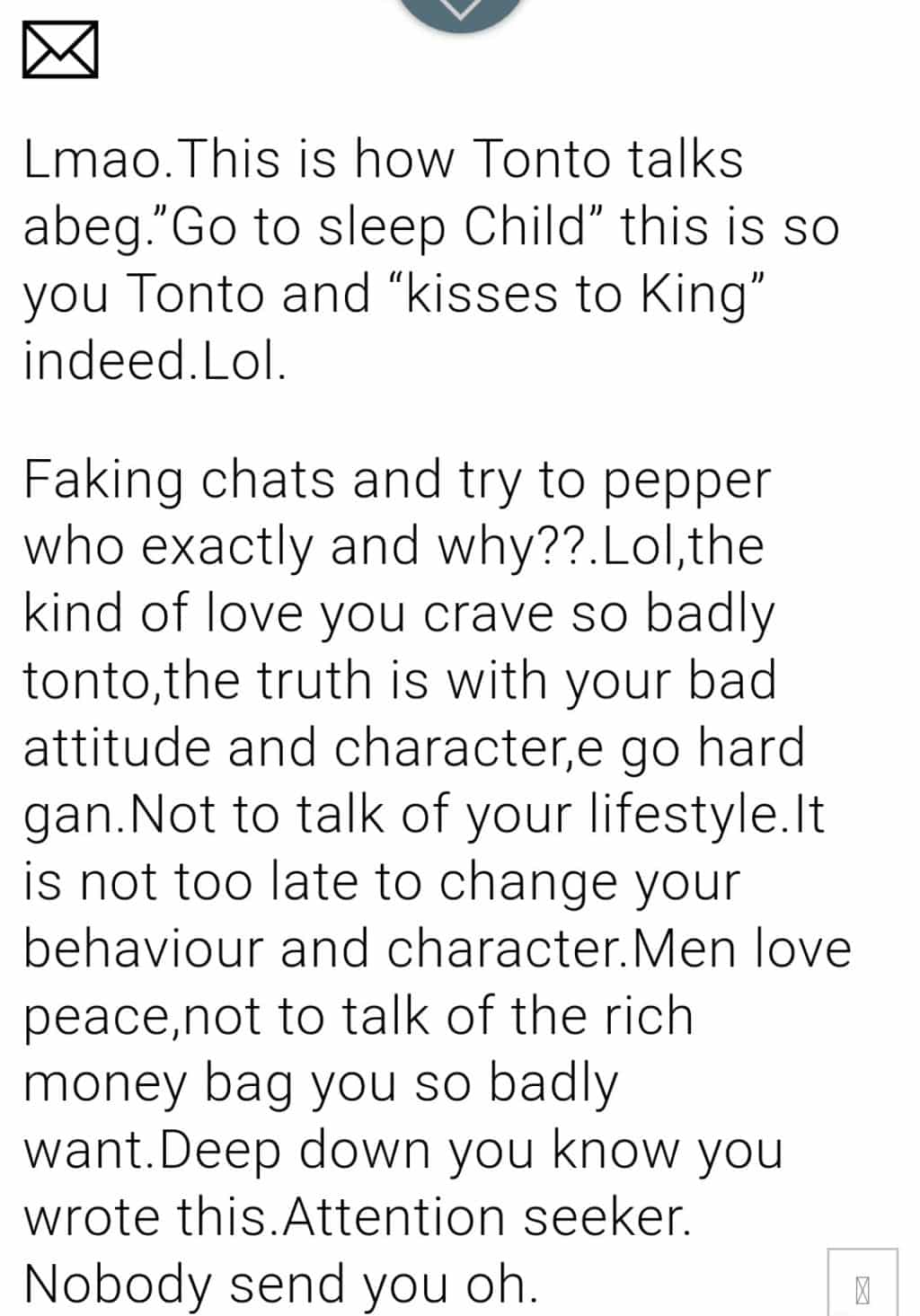