I Won't Speak About Osinbajo In Public - Tunde Bakare


The preacher also asked the public to disregard any interview he is said to have given over the matter. 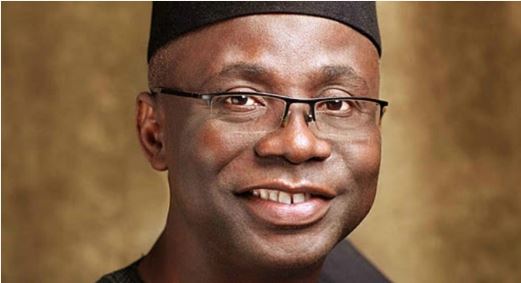 Tunde Bakare
Senior Pastor of Latter Rain Assembly, Tunde Bakare, has said that he is not granting interview on issues involving Vice President Yemi Osinbajo.
Prof. Osinbajo is said to be setting his sights on taking over from President Muhammadu Buhari in 2023.
However, the Vice-President’s relationship with Buhari is rumoured to have suffered a crack after he was accused of disregarding due process in the award of contracts for agencies under his watch.
Bakare told TheCable on Monday by telephone that he was not interested in talking publicly about the Vice President.
“I believe the government is perfectly capable of addressing the issues,” he said.
“I have not and I am not granting interviews on this current VP saga. If, however, my counsel is sought at all, I will handle that confidentially and not in public.”
The preacher also asked the public to disregard any interview he is said to have given over the matter.
It was earlier reported that Bakare, on Monday, appeared in clips showing him giving a sermon and telling his congregation that he would succeed Buhari in 2023.
Clips of the sermon which was given in February 2018 was culled up late Sunday and has been gaining attention on social media.
Bakare, in the video, said God had prepared him for the nation’s top job for more than 30 years.
Top Stories