Shocker! Married Man Dies During Romp With A Widow In Enugu Hotel


A married man has lost his life in a most sad manner after dying during romp with widow. 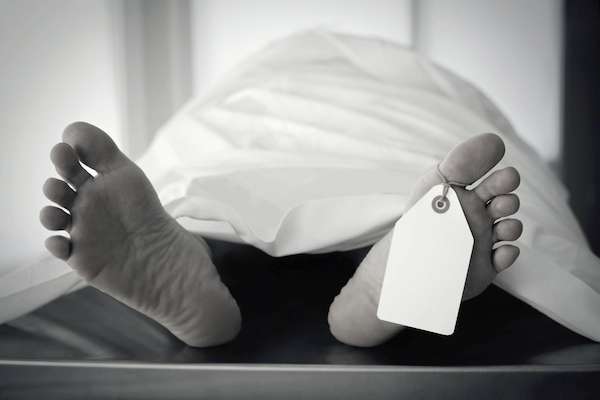 File photo
An Anambra state businessman (name withheld) said to be in his late 50s has died during alleged marathon s-x with a widow in Enugu.
According to DailySun, the incident which happened at a hotel along the Enugu-Onitsha Expressway, few days ago, came to the open when his lover who allegedly lost her husband recently raised the alarm attracting the hotel management to the scene.
The hotel management had reportedly invited the Police who took the body to an unnamed hospital where he was confirmed dead.
The remains have since been deposited in a mortuary while the lady lover was detained at Trans-Ekulu Police station Enugu.
However, the embattled lady has denied having s-x with her man lover.
The widow claimed that when she arrived the hotel from Anambra state, the man had taken two bottles of big stout and some substance suspected to be sex enhancing drug in readiness for action.
According to her, surprisingly, “he started behaving abnormally and breathing fast. I had not even touched him. So, I shouted and called the hotel people.”
Daily Sun gathered that when the wife of the deceased was eventually contacted, she came to Enugu and was told what happened. She opted not to pursue the case but instead, in agreement with the husband’s relations decided to retrieve the corpse from the police for burial.
“His wife said that it was a shameful death so they’re not ready to make case with anybody.
She has gone to the court to get the necessary papers to claim the corpse,” a source volunteered.
Police public relations officer for Enugu State, Ebere Amaraizu could not speak on the status of the matter, claiming to have just returned from official trip outside the state.
Top Stories