Omoyele Sowore's wife has led protesters to the United Nations in New York over her husband's continued detention. 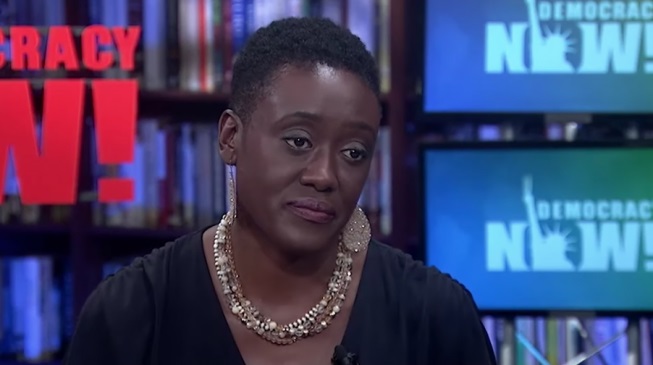 Sowore
Opeyemi, wife of the publisher of online news platform, Omoyele Sowore on Tuesday led protesters to the United Nations Plaza in New York, over the detention of her husband by the Department of State Services.

According to CNN, Mrs Sowore went to the UN office, where President Muhammadu Buhari is currently attending the 74th General Assembly to call for the release of the co-convener of #RevolutionNow.

She told CNN, “It is very sad to see the cause of action this has taken in the past one and a half months, especially for someone that was calling for a change for the better in Nigeria.

“It’s been almost two months since he walked out the door. Children are resilient in times like this, but they miss their father and are really hoping for his safe return.”

She said that she had been only allowed two phone conversations with her husband since his arrest in August.

Mrs Sowore in an interview earlier this month said that the Federal Government had nothing to pin on her.

The DSS has filed charges bordering on treasonable felony against the activist.

The Federal High Court in Abuja on Tuesday ordered that Sowore should be released immediately from the custody of the DSS.
Top Stories