President Buhari's attendance of the United Nations General Assembly summit has been marred with yet another controversy. 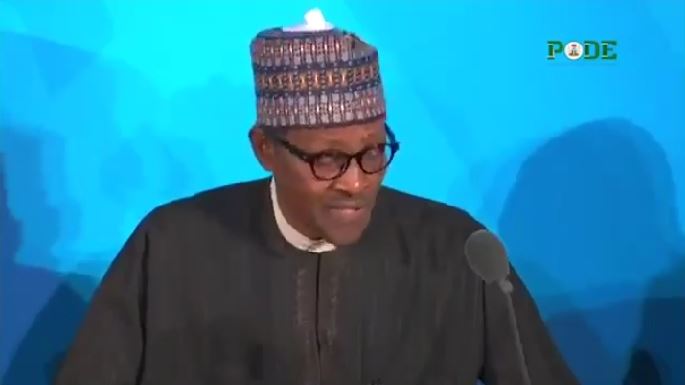 President Muhammadu Buhari
A video currently trending on Twitter shows President Muhammadu Buhari giving an entirely different answer to a question bothering on Nigerian youths.
In the video shared by the President's aide on New media, Bashir Ahmed, the President was asked by the anchor; what the pathway for resilient future looks like considering the fact that Nigeria has a young population.
"President Buhari, Nigeria has a very young population, perhaps you might highlight a pathway for what resilient future looks like," the female interviewer asked Buhari who was sitting with other leaders.
The President, who was obviously reading from a prepared speech gave an answer relating to climate change.
The video has been deleted by his aides as some sort of damage control.
In 2016, Buhari had issues with his ear and had to be flown to the United Kingdom for treatment. His media aides are struggling to find an explanation for the latest gaffe by the 76-year old.
The awkward video has sparked conversations on Twitter with netizens likening Buhari to the late Zimabwean leader, Robert Mugabe who also did a similar act by reading the wrong speech publicly. 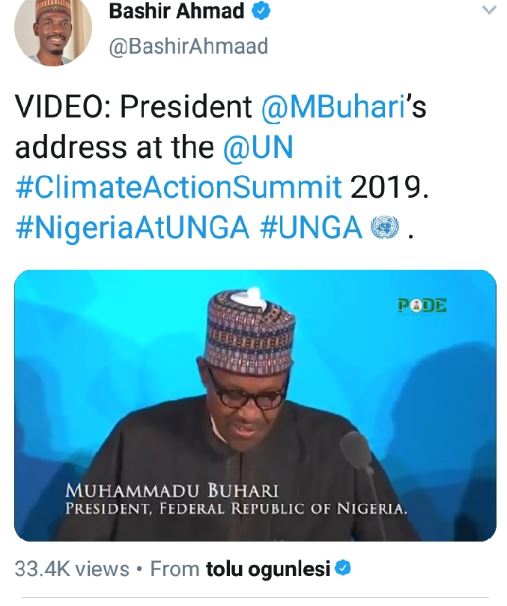 Watch the video from New York, the venue of the United Nations General Assembly below;
Top Stories