A Nigerian journalist has been forced to delete photos from her phone by a judge in Akwa Ibom state. 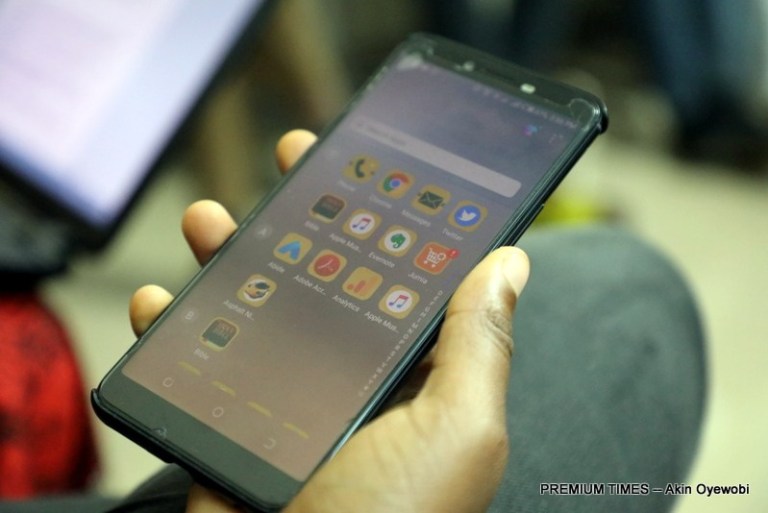 File photo
According to Premium Times, the court in Akwa Ibom on September 19 struck out the case against Mary Ekere, the journalist who was thrown into jail for two nights for taking photos of the state task force officials raiding a shop.

The state attorney general, Uwemedimo Nwoko, intervened in the case based on a directive from the state governor, Udom Emmanuel, Premium Times reports.

The task force is under the state government’s Environmental & Waste Management Agency headed by a man named Prince Ikim.

Ms Ekere was about to walk away from the sanitation court a free woman after the case against her was struck out, when the magistrate, Margaret Ekpedoho, suddenly appeared to have had a second thought on the matter.

The magistrate asked that the case file be brought back to her. She ordered Ms Ekere to delete from her phone the photos she took of the task force officials.

And the journalist, supervised by court officials, did just that.

Journalists who were in the courtroom to show solidarity with Ms Ekere were shocked by the magistrate’s action.

The magistrate said the raided shop was filled with expired goods. She questioned the journalist’s rights to take photos of state officials carrying out “enforcement”.

“If we allow this to go on, it means someday a husband and his wife could be making love inside their bedroom, and a journalist would go in to film them,” Mrs Ekpedoho said.

She also commented on the outrage that followed Ms Ekere’s detention in Uyo prison, saying she gave a satisfactory explanation on the matter when she was summoned by the state chief judge.

“I have read all kinds of reports on social media about this case, let me tell you I am not intimidated.

“I was in my house drinking juice, and reading what you people were writing on Facebook. Journalists, I hope you people are there? Go and report it, fire on!” the magistrate said.

A human rights group, the Civil Liberties Organisation (CLO), Akwa Ibom State, had accused the magistrate, Mrs Ekpedoho, of giving an order via a telephone call for Ms Ekere to be thrown into jail, even when the journalist was not arraigned.

The CLO, in a statement signed by its chairman, Franklyn Isong, and the secretary, Christopher Ekpo, said it condemned “the attitude of magistrates who are exploiting the haze surrounding the applicable law governing the administration of criminal justice in Akwa Ibom State to throw into prison persons accused of committing minor offences or even offences over which the magistrates do not have jurisdiction”.

The group called on the Akwa Ibom government to “bring out the Administration of Criminal Justice Law which the Governor, Mr Udom Emmanuel, signed into law on the 27th day of March 2017”.

The state attorney general, Mr Nwoko, reportedly apologised to Ms Ekere when he received her and the leaders of the journalists’ union in his office last week.

Mr Nwoko dissociated the state government from the arrest and detention of the journalist.
Top Stories