So Funny: My Experience With An Abuja 'Big Boy'


One of the Abuja-based guys who specializes in extorting money from Lagos appears to have met his match.

A lady based in Abuja has recounted how she went on a date with a cunning young man who was tall and handsome.
According to her account, he lied about the POS card rejecting his ATM card at the mall so as to get her to pay.
She ended up outsmarting the young man who later covered the cost of the romantic date and also paid for her transportation back to her house.
The hilarious gist was sent to a relationship adviser and blogger, Joro Olumofin as seen below: 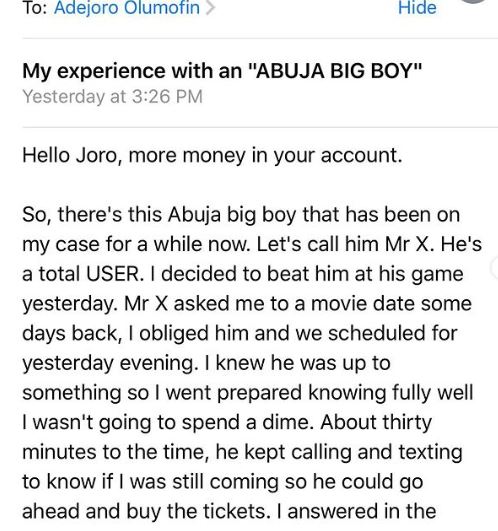 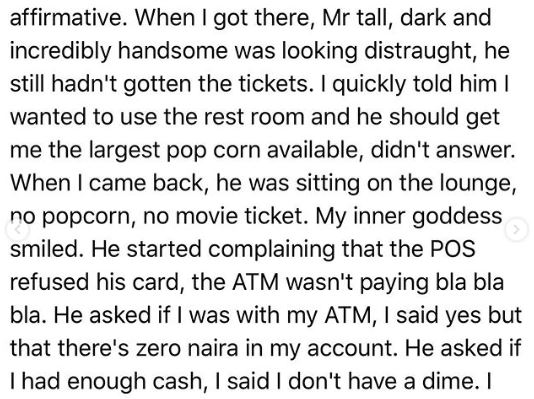 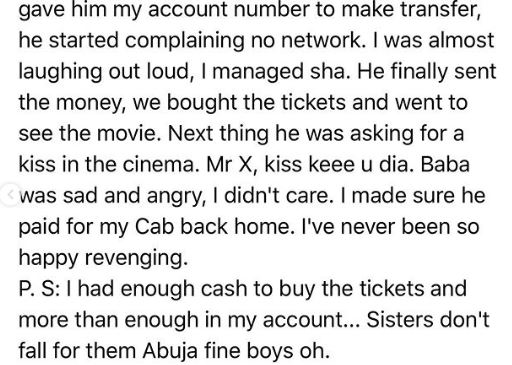