I Slept With My Ex-girlfriend And This Happened Afterwards


A young man has recounted how he managed to sleep with his former girlfriend who was a virgin when they met.

It wasn't the best of feelings when he slept with his ex-girlfriend who got pregnant for another man while they were dating for about a year.
According to his account, it was as if she was on her period and his body had blood stains. She expensively joked about getting pregnant for him and expressed her readiness to always sleep with him discreetly.
He sent his story to a relationship adviser and blogger, Joro Olumofin and it was published as seen below: 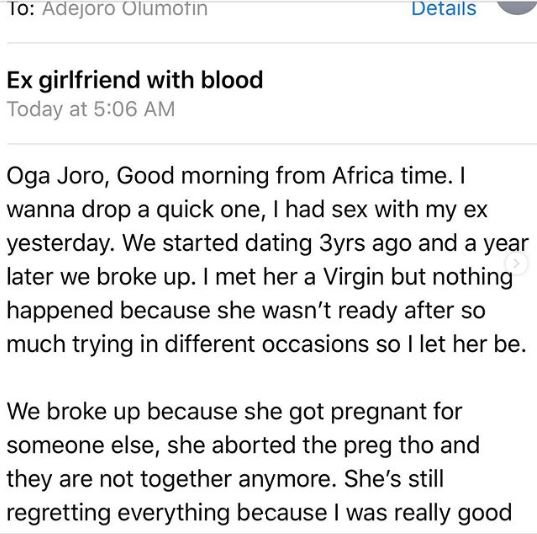 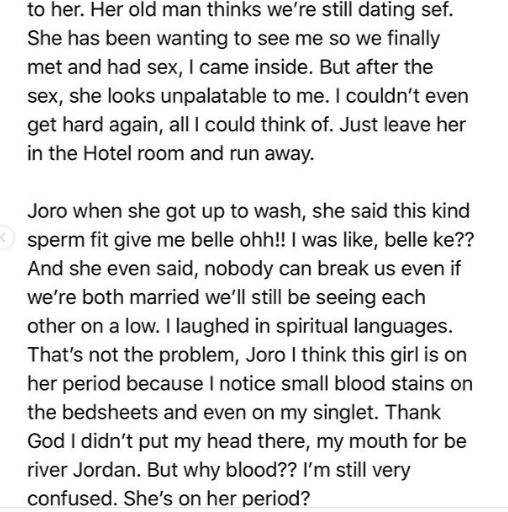