A notorious kidnap kingpin has been nabbed in a community in Borno state by NSCDC officials. 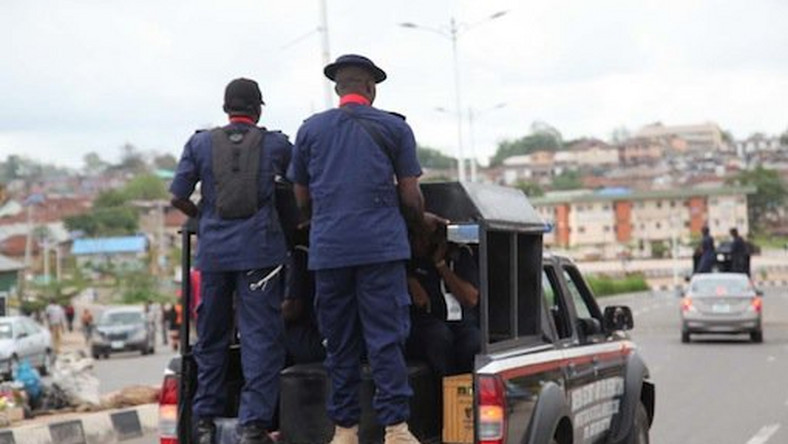 File photo
The Nigerian Security and Civil Defence Corps (NSCDC) Command in Borno, says it has arrested a 45-year-old man, Ibrahim Ali-Jobo, suspected to be a kidnap kingpin in Biu Local Government Area (LGA) of the state, PM News reports.

The state Corps Commandant, Mr Ibrahim Abdullahi, made disclosure on Thursday in Maiduguri.

Abdullahi said the suspect was arrested on Monday following a report by a resident, Isa Bello, about alleged abduction of his brother, Haruna Bello, at a helmet in Biu.

He said that the suspect requested the victim’s family to pay N4 million ransom, to enable them secure his release from captivity.

The commandant added that men of the command tracked the suspect and stormed his hideout, rescuing Bello and four other victims in the process.

“Preliminary investigations indicated that the suspect has been terrorizing communities in Biu, He has been on the police wanted list,” he said.

He further stated that the command had already transferred the suspect to the police for further investigation and possible prosecution.
Top Stories