The 23-year-old was caught by an elbow from Livingston defender, Ricki Lamie which really hurt him. 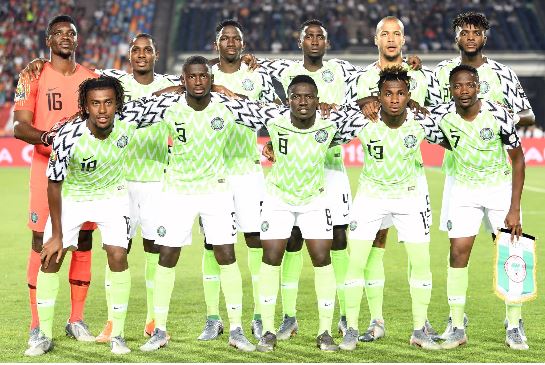 File Photo
Nigeria’s head coach, Gernot Rohr, could be without Rangers midfielder, Joe Aribo due to injury when the Super Eagles take on Brazil national team in an international friendly game on October 13, at the Singapore National Stadium.
Aribo sustained a head injury during Rangers’ 1-0 victory over Livingston in the Scottish League Cup on Wednesday night at the Tony Macaroni Arena.
The 23-year-old was caught by an elbow from Livingston defender, Ricki Lamie which left him with blood pouring from his head. He was later substituted.
Providing the latest update on Aribo’s injury. Rangers manager, Steven Gerrard told Rangers TV: ”I think he is okay, he’s got a nasty gash on his head which was stitched up, he was on the end of a bad one there.
”Joe is a tough lad, I am sure he’ll get on with it, I am not sure whether it will affect him in the coming games, we’ll have to assess that tomorrow.
”But he, himself, wanted to play on and that’s the kid, that’s the character, he is a tough lad”.
Top Stories