BBNaija: I'm Not A Virgin And I Love My Slacked Breast - Tacha


As the heat gets hotter in the BBNaija house, Tacha has admitted that she isn't a virgin and loves her slack breasts. 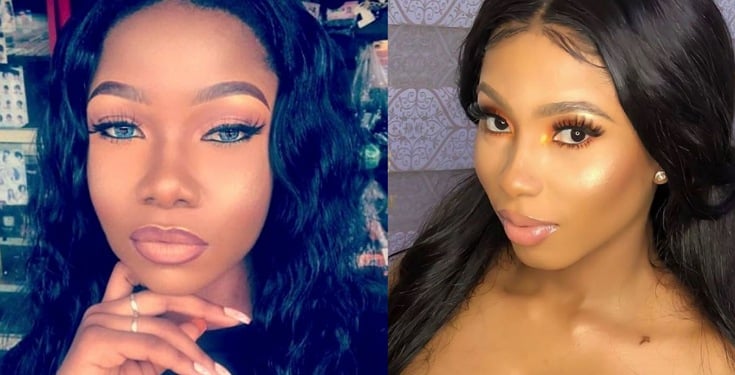 Tacha and Mercy
Following the banter between Tacha and Mercy which degenerated to a physical altercation, the former has admitted that she's not a virgin.
The two who are seen as the biggest rivals in this year’s edition of Big Brother Naija went neck to neck this morning after a disagreement.
During their fight, Tacha took a serious swipe at Mercy for claiming to be a virgin and called her a fake person.
It is not known when Mercy made such claim, however, everyone in the house was shocked at the allegation.
Tacha went on to reveal that she’s not a virgin and she doesn’t need a guy to clout chase the way Mercy does.
Mercy on the other hand, remained quiet and made for the garden with Ike while mocking the bickering housemate behind her.
She was later heard saying Tacha has a smelling body and has her bath only once in a day which is unhygienic and not womanly.
See the video below:
Top Stories