BBNaija: See The Moment Tacha Spraying Perfume On Herself After Being Told She Has Body Odour (Video)


BBNaija housemate, Tacha has been caught on camera spraying some perfume on herself after being accused of having body odour. 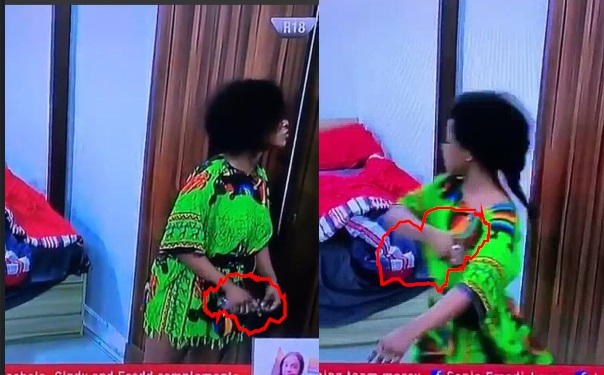 BBNaija housemates, Mercy and Tacha were engaged in a heated argument earlier today and it nearly led to throwing of punches.
However, other housemates of the Big Brother Naija reality show intervened.

The two reality show stars went off on a blast session against each other, with Mercy telling Tacha that she has a bad breath and body odour.

However after being told she has body odour during their face-off, Tacha was spotted spraying perfume on herself while still verbally abusing Mercy.
The video has gone quite viral around social media platforms.
Here is the video below: