Men are also one and a half times more likely to die from heart disease, cancer, and respiratory diseases, and die an average of five years earlier than women. 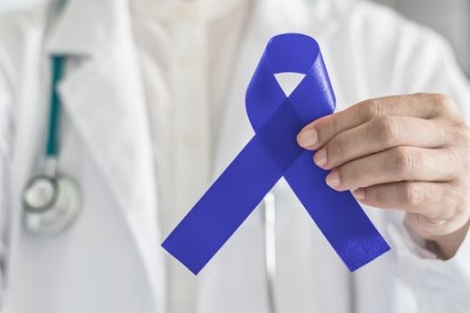 Men are generally less likely than women to look after their health and four times less likely to have visited their doctor in the past year.

Women visit the doctor more often mainly for gynecological and other reproductive health checks. But almost 40 percent of men are more likely to have skipped recommended health screenings.

Men are also one and a half times more likely to die from heart disease, cancer, and respiratory diseases, and die an average of five years earlier than women.

September is prostate cancer awareness month. Prostate cancer is the most common cancer among men in Nigeria and Africa generally, but it is preventable and treatable if diagnosed early. The chances of developing the disease dramatically from the age of 55 and above.

Many men wonder if they should get screened for prostate cancer. Each man must decide for himself how important such screening is, so it’s important for all men to talk about screening with their doctor.

There are some genes that cause prostate cancer that also cause other types of cancers. However, there are also some other diseases typically recognised as“women’s diseases” that can also strike men. Every man that experiences the symptoms of these diseases should not let his gender stop him from getting treatment.

Osteoporosis reduces the density of bone, making it more vulnerable to fractures. One in three women are at risk, but so are one in five men. Women experience rapid bone loss following menopause, but by 65 to 70 years old, men lose bone mass at about the same rate.

Kidney and thyroid problems, vitamin D deficiency, and prolonged exposure to steroids, cancer therapies, and anti-convulsants put you more at risk. You may not have symptoms, so it’s a good idea to go for a bone density test.

This may sound surprising, but men do have breasts too, only that their breast tissues are much smaller than women’s. Women develop breast cancer, so do men, but women get breast cancer more often than men because they have more breast tissue.

Although only about one percent of all breast cancers affect men, research shows that incidence is on the rise. Men rarely heed the warning signs, so the cancer is allowed to develop. Therefore, men typically don’t survive as long as women once a diagnosis is finally made.

Men aged above 50, and obese, are more at risk. Watch for any unusual lumps or skin abnormalities in the chest.

Nipple discharge doesn’t happen very often in men. When it does, see your doctor because it may be a sign that you have breast cancer.

The thyroid is a small gland that rests in the middle of the lower neck, where it produces hormones to control metabolism. If it produces too much, hyperthyroidism results. Symptoms include fatigue, weight loss, memory loss,dry, coarse skin and hair.

Women are five to eight times more likely to have some form of thyroid disease than men, but men can still be affected.

As more men feel the pressure to be thin and look good, more are falling victim to eating disorders. Only 10 to 15 percent of people with anorexia or bulimia are male, but the effects can be equally devastating. Men also are less likely to seek treatment, leaving them more at risk for complications such as heart problems, bone loss, organ failure and death.

Athletes, obese boys, homosexual and transgender men, and those who are anxious or have perfectionist personalities are more at risk.

Bladder infections are much more common in women, but men can get them, too — particularly men with an enlarged prostate, kidney stones, or an abnormal narrowing of the urethra. Treatment involves antibiotics and is typically very effective, but men need to be aware of the symptoms.

They include frequent urination, cloudy urine or bloody urine, a strong urge to urinate, a burning or tingling sensation during urination and low-grade fever.

Women are twice more likely than men to be diagnosed with depression, but that may be because their symptoms are different. Women may feel sad and cry more often, whereas men are more likely to show anger, irritation, frustration, and discouragement.

Men may turn to drugs or alcohol, or engage in risky behavior. They are also more likely to complete suicide if they try it. Because of these differences, many men go undiagnosed. Without treatment, depression is likely to worsen.

Lupus is treated similarly in both genders. Your doctor may overlook it because it is rare in men. If you have symptoms, ask for testing.

Fibromyalgia is a disease characterised by imbalance of chemicals in the brain. It is unknown what causes fibromyalgia and why so few men suffer from it. Chronic pain is the chief symptom, but other complaints often come along with it, such as chronic fatigue, insomnia, headaches, irritable bowel syndrome, and restless legs syndrome. Men’s symptoms tend to be milder, but cases in men are more likely to go undiagnosed or even be denied by medical professionals, which can mean greater suffering mentally and socially.

When to see the doctor

A fever is one way your body naturally fights infection. However, if you have a high fever  or a fever that lasts more than three days, you should go to the hospital because a more serious infection could be at play.

It’s not always easy to know when to go to the doctor for a cold; if yours doesn’t pass or even worsens, seek professional help.

A severe cough that lingers more than two weeks may indicate whooping cough, while sustained congestion can lead to a sinus infection if left untreated.

If you have a fever, muscle aches or other flu-like symptoms,  see the doctor. Extremely difficult swallowing, chest pain and shortness of breath are not normal cold symptoms and may indicate a more serious condition.

An unexplained drop in weight could indicate overactive thyroid, diabetes, depression or liver disease, among other things.

As a general rule of thumb, if you’ve lost more than 10 percent of your body weight in the last six months (and you’re not obese), make an appointment with your doctor.

High altitude, strenuous exercise, obesity and extreme temperature are all normal causes of shortness of breath. If none of these are causing your breathlessness, you could have asthma or bronchitis especially if symptoms come on suddenly and strongly.

If your bowel movement or urination changes suddenly, something’s definitely wrong. Things like bloody or black stools, diarrhea or constipation, or excessive urination are red flags. When these crop up, it’s a good idea to consult with your doctor.

If you suffer from migraines, you may sometimes experience bright flashes or spots in your vision. Outside of these cases, sudden bright flashes might be a sign of a retinal detachment, a serious condition that requires immediate medical attention to prevent permanent vision loss.

Changes in mood and sudden confusion can occur with mental health issues as well as physical conditions, such as an infection or drug interaction. Watch out for trouble thinking or focusing, irregular sleeping patterns, and feelings of anxiety or depression.

If you’ve fallen on your head or suffered a blow to the head, monitor for the symptoms of concussion. These can include difficulty concentrating, headache, irritability and change in sleep pattern; if any of these develop, see your doctor.
Top Stories