Tragic! How A Father Of Two Kids Drowned After Heavy Downpour In Ondo


A father of two children has reportedly drowned after a really heavy downpour in Ondo state. 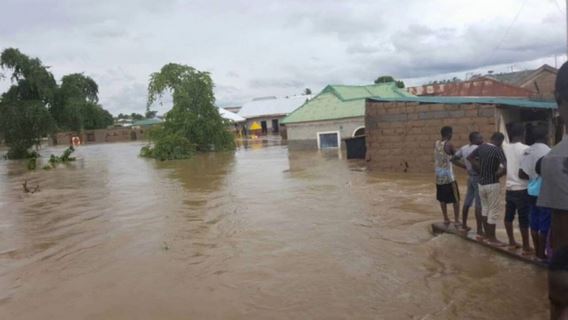 File photo
In what will come across as a really shocking development, a father of two has lost his life in Akure, the Ondo State capital after drowning in a flood following a heavy downpour on Friday night.

The incident happened at Oke-Iya Area in Ijoka Quarters, Akure where the deceased, a commercial motorcyclist commonly known as ‘Okada rider’ was living with his family before his death.

According to one of the landlords in the area, who craved anonymity, the deceased identified as Idowu Akomolafe got carried away with his motorcycle while trying to navigate the waters on his way home.

Meanwhile, residents of the area have blamed the sad incident on diversion of flood from streets within Ijoka due to ongoing road construction in the area.

The late Akomolafe in his mid-thirties was said to be married with two children as well as a landlord at Oke-Iya.
Top Stories