Shocker! Man Chains His Own Son For Years, Starves Him To Death In Kano


In what will come across as a really stunning development a man has chained and starved his son to death in Kano. 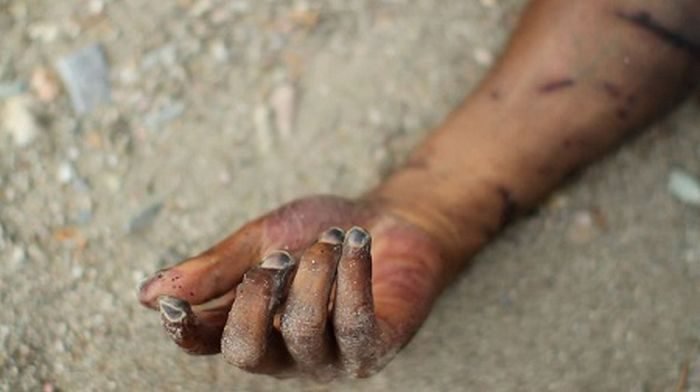 File photo
According to Punch Metro, a seven-year-old boy from the Madubi Local Government Area of Kano State has lost his life after spending about three years in chains and starvation.

It was learnt that the deceased’s father, Muhammad Ujujud, had chained him and his sister, Binta, for the period before the boy, whose name had yet to be ascertained, died on Monday.

It was gathered that Binta, 12, who had become emaciated, was rescued on Wednesday by officials of the National Agency for the Prohibition of Trafficking in Persons who were alerted by residents of the area.

The neighbours had complained that Ujujud rarely provided for the children.

It was learnt that Ujujud, who was reportedly battling heart-related disease, slumped while in NAPTIP custody and was rushed to a hospital where he also gave up the ghost.

NAPTIP Zonal Commander in Kano, Mr Sheu Umar, who confirmed the incident, said the agency had yet to find out why Ujujud dehumanised the children.

He added that Ujujud’s wife and stepmother of the victim had yet to open up on the reason for the torture.

He said, “Somebody lodged a complaint that the man chained his daughter for about three years. We quickly went to rescue the girl. We learnt that one of his two children, a boy, died on Monday while he was in chains.

“We brought him and the girl to the office. But within 30 minutes of his arrival, he said he wanted to urinate and he collapsed. We rushed him to a hospital where he gave up. He should be in his late 40s.

“We have not interrogated him before he collapsed and the girl cannot talk now. She is in our shelter undergoing treatment. The man’s wife told us that he was suffering from high-blood pressure and heart disease. She said she was on medication.”
Top Stories