Adesina pointed out that Sowore's prosecution was still unravelling within the realms of the security and judiciary. 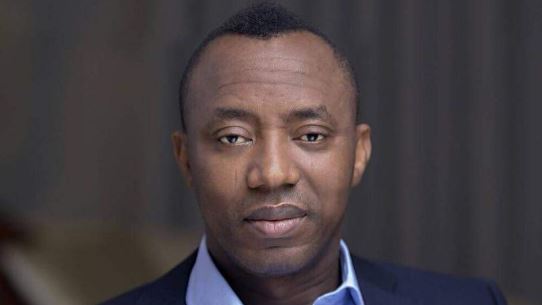 Omoyele Sowore
The Presidency on Sunday said that it is too early for it to weigh in on the prosecution of detained publisher of Sahara Reporters, Omoyele Sowore, by the Department of State Services, DSS.
Special Adviser on Media and Publicity to the President, Femi Adesina stated this during a live political programme, Politics Today, aired on Channels television.
Adesina pointed out that Sowore’s prosecution was still unravelling within the realms of the security and judiciary.
According to him, “It is an issue that is unraveling and I think it is still in the realm of security and judiciary.
“The DSS has a spokesman in Peter Afunanya. If you ask him this question, I m sure he will be able to respond.”
The presidential spokesman said that he had not been briefed by his principal on the stand of the presidency.
Adesina added, “As we are now, I think it is premature for the presidency to weigh into this matter but when the presidency speaks, it should be the final position on this.
“The President had been away. He came into the country yesterday. I have not been briefed. If he says this is our position on this matter then I can speak on it.
“Because I have not been briefed, I won’t be able to say much but I am sure as a media house, if you try to speak with the spokesman of the DSS he may oblige.”
Top Stories