Suswam, through his counsel, Chinelo Ogbozor, had urged the judge to return the case file to Justice Mohammed. 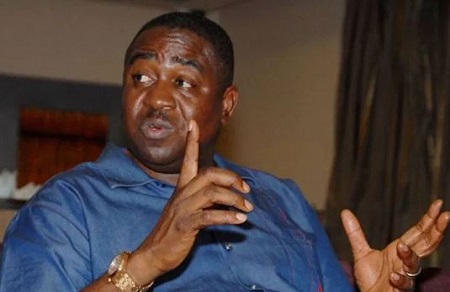 Gabriel Suwsam
The Economic and Financial Crimes Commission on Monday re-arraigned a former Governor of Benue State, Gabriel Suwsam, and the then Commissioner for Finance in his administration, Omadachi Oklobi, on N3.1bn money laundering charges.

Suswam, who is now the Senator representing Benue North East, and his co-defendant, pleaded not guilty when the nine counts were read to them again before Justice Okon Abang of the Federal High Court in Abuja on Monday.

They were initially arraigned before Justice Ahmed Mohammed in the same Abuja division of the court in November 2015. But Justice Mohammed withdrew from the case about July this year.

The case was subsequently re-assigned to Justice Abang.

Before the arraignment on Monday, Justice Abang dismissed an objection raised by the defendants against the transfer of the case.

Suswam, through his counsel, Chinelo Ogbozor, had urged the judge to return the case file to Justice Mohammed.

Ruling Justice Abang, sustained the arguments put forward by the prosecuting counsel lawyer, Leke Atolagbe, who urged the judge to assume jurisdiction and order the defendants to be arraigned.
Top Stories